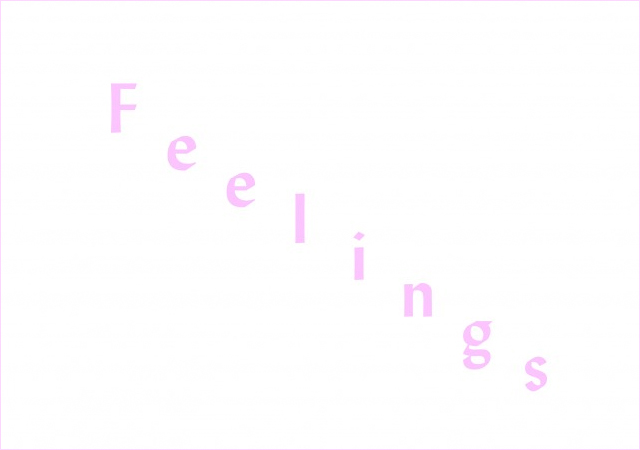 “I’ve decided that art is a habit-forming drug. That’s all it is, for the artist, for the collector, for anybody connected with it.” -Marcel Duchamp.

“In relationship to feelings, art acts like a drug. The brain releases chemicals that create feelings unlocked by the presence of art; this feeling can become addictive. Forms, which release appealing chemicals in the brain, become sought after. These chemicals are in high demand – art constantly must take on new meanings and forms. In the future we will try to extract these chemicals directly from the brain (think the Matrix, meets Clockwork Orange). These extracts will then be served on ice at elite galleries turned brain cafés.” -J. Patrick Walsh 3

Michael Jon Gallery is proud to present Feelings, new work by Los Angeles based artists Sayre Gomez, J.Patrick Walsh 3, and Bobbi Woods. Each artist will exhibit pieces that negotiate a personal response within a lexicon of external stimuli and inspirations. The exhibition creates a dialogue among the artists all steeped in an exploration of specific materials and subjects unique to their own respective practices.

Gomez includes two new works on paper from his ongoing Uww (Untitled Wall Works) series in which the artist picks and chooses images from online image archives such as Tumblr and Facebook. By choosing images from online social platforms the artist appropriates images that have been pre-appropriated. The image’s context and history have thus been shrouded, repurposing its function. An image of a watch ad now becomes an ad for a Facebook user’s taste. Gomez, further complicates this scenario by using oil paint directly on the surface of the inkjet print to create a dialogue between his personal inclinations towards an image, and his own painted vernacular.

J. Patrick Walsh 3 presents a new sculptural installation as well as a series of seven small paintings. In Hot Pot Charmer, Walsh includes a hot-plate and stainless steel pot filled with wax, wicks, ropes and chains. After melting the wax, the chains and ropes are hung from a hook mounted to the ceiling of the gallery. The apparatus will be turned off and will remain static for the remainder of the exhibition. The series of paintings Face Plate 1-8 minus 7 are born from a similar process. The small canvases are smothered between the hot-plate and the pot, creating a singed surface covered by layers of processed wax.

Bobbi Woods displays two modified posters, which source the ready-made imagery crowding our collective consciousness. The imagery embedded in Hollywood’s visual strategies form the material basis of her conceptually complex work. Woods creates an experience predicated upon visual pleasure, desire, and obfuscation. In the work included here, a layer of reflective chrome paint simultaneously obscures much of the visual information within the poster while intentionally exposing remnants of the artist’s hand by way of fingerprints and smudges left beneath the surface of the painted poster.

Sayre Gomez holds a BFA from the School of Art Institute of Chicago (2005) and an MFA from CalArts (2008). Recent exhibitions include Windows and Mirrors jointly hosted by Kavi Gupta Gallery and New Capital, in Chicago, IL. ZZYZX, at Las Cienegas Projects in Los Angeles, Self Expression or Fog and Other Works at Kavi Gupta Gallery in Berlin, Germany. Recent group exhibitions include California Dreamin’ Curated by Fred Hoffman as part of Arte Portugal 2010, Other People’s Projects at White Columns in New York, and The Awful Parenthesis curated by Aram Moshayedi at Cirrus Gallery in Los Angeles. Gomez is also included in the book 100 New Artists, published by Lawrence King. He currently lives and works in Los Angeles.

J. Patrick Walsh 3 holds a BFA from the The School of the Art Institute of Chicago (2005) and an MFA from the University of Southern California (2012). He has exhibited and performed in and around Los Angeles and New York. In Los Angeles at Las Cienegas Projects, Wildness, Actual Size, and The Action Bureau; and In New York at MOMA P.S.1, D’Amelio Terras, Elk Gallery, and Cleopatras. He currently lives and works in Los Angeles.