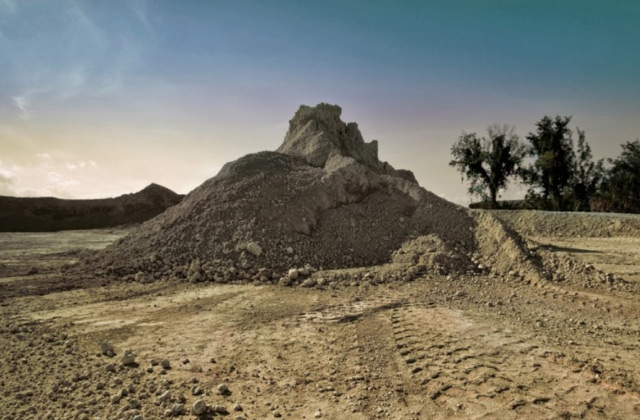 The dust and debris, delays, and detours that are everyday annoyances for people en route to work on South Florida’s highways are seen quite differently by Silvia Lizama, Chair of the Department of Fine Arts and Professor of Photography at Barry University. Equipped with a white hard hat, camera in hand, and an artistic vision, Lizama has created a series of photographs that challenges our perception and turns what we associate as stressful into something serene. She invites the viewer to: “take a moment to really look around – to see what’s in front of us; to see what’s in the shadows; to see the special places.”

The photos will remain on view through January 24, 2014 with additional gallery hours offered during Art Basel Miami Beach and Miami Art Week 2013. Regular gallery hours are Monday to Friday from 8:30 a.m. to 4:00 p.m. Other hours are available by appointment by calling 305.751.8367 or emailing news@acnd.net. The exhibit is free.

“The environment Silvia creates is one of contradictions: destruction and recreation; past and future; monumental stateliness and ugly ruin; life and death,” comments Tracie Heller, exhibit curator and Assistant Professor of Photography at Barry University. “The absence of people and plant life, and the monumentality of the man-made structures, add an air of abandonment, like that of an ancient ruin.”
Earlier construction site images were shot in black and white, using a medium format film camera, and then the surfaces of the printed images were hand colored with photographic oils. Images in the latter part of the series are digital and colored using digital manipulation software.

“Tropical sunrises and sunsets add a dimension of reverence and splendor to the work,” adds Heller. “Now working digitally, she has applied her hand coloring sensibilities to the images using digital manipulation software to create the surreal hues of the sky and land.”

Silvia was born in Havana, Cuba, and currently lives in Hollywood, Florida. She earned her MFA from Rochester Institute of Technology in Rochester, New York, and her BFA degree from Barry University, where she is now Chair of the Department of Fine Arts and Professor of Photography. Having exhibited her hand colored photographs since 1978, Silvia’s work has gained national and international attention and has been included in prestigious exhibitions and collections, as well as publications. Her major awards include the SouthernArts Federation/NEA Regional Visual Arts Fellowship Grant and the South Florida Cultural Consortium Grant, as well as a Miami-Dade Art in Public Places commission for the Deering Estate in Miami, Florida.

Tracie Heller, the exhibit’s curator, started working at Barry University in the Fall of 2008, after teaching at the University of South Alabama. She is currently an Assistant Professor of Photography. She received her Bachelor of Arts degree from the University of South Alabama, in Mobile, AL, and her Masters of Fine Arts degree from Pratt Institute, in Brooklyn, NY. Since 2000, Heller has exhibited her work throughout the United States, and garnered national attention to her black and white photographs, most recently covered in wax encaustic. Heller’s awards and grants include: 2010 Honorable Mention in the Professional Women Photographers’ 35th Anniversary International Call for Entry; the Florida Artist Enhancement Grant in both 2007 and 2008; and the Bemis Artist Fellowship Stipend in 2004.

ACND Prep’s Alumni Artist Series, Through the Lens opened with “The Cure Package” presented by 1980 alumna, Lisa Boccard and will conclude in March with a Retrospective of Carl Juste’s works. Juste, a Miami Herald photojournalist graduated from Archbishop Curley 1981. For more information, visit www.acnd.net.