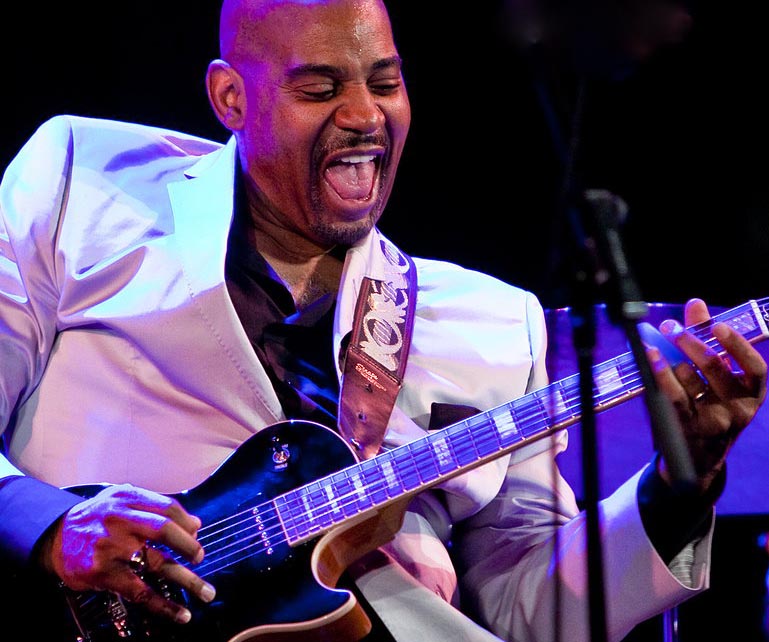 Perhaps best known for his interpretations of jazz standards, Allan’s smooth vocals and guitar-styling easily cross genres, from jazz to rock to blues. He is unquestionably one of the most versatile talents in contemporary jazz and blues music. “Harris is a velvet-voiced jazz singer, with a savvy manner and music in his veins.” (Variety) Very few vocalists in the industry have his charismatic combination of soulful yet elegant phrasing, exciting musicianship, and dynamic stage presence. Growing up in Brooklyn, Harris was meant to be a musician. His mother was a classical pianist, and his Aunt was an opera singer, who turned to the blues. Because Aunt Theodosia attracted the attention of famed music producer Clarence Williams, he became a regular dinner guest and often brought along other performers such as Louis Armstrong.

Harris has been a featured soloist and producer of a three-year jazz series at Sotheby’s where he first teamed up with Tommy Flanagan. He has paid tribute to Nat “King” Cole at the Kennedy Center where he recorded, Long Live the King (Love Productions Records, 2007) and continues to tour around the world.

Performance as part of the Miami Nice Jazz Festival 2014.