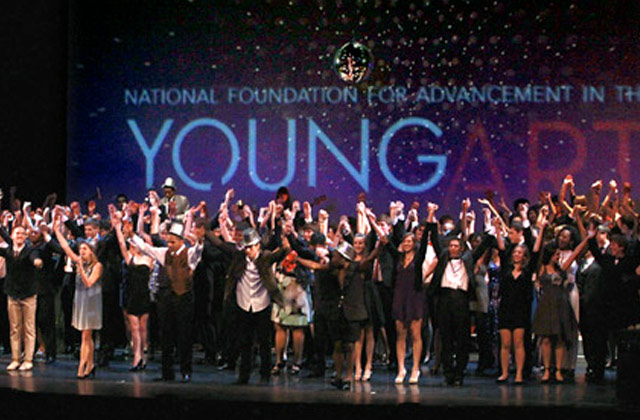 On Saturday, January 14, 2012, at An Affair of the Arts Performance and Gala, YoungArts will honor actor Robert Redford with the Arison Award; visual artist Doug Aitken with the Alumni Award; and arts administrator Robert Lynch, President of the Americans for the Arts, with the YoungArts Leadership Award. The gala, held at the Gusman Center for the Performing Arts and the J.W. Marriott Marquis Hotel, will bring together prominent artists, community leaders, philanthropists and celebrities to celebrate the 2012 national YoungArts winners.

“YoungArts takes great pride in its legacy of discovering excellence in the arts and cultivating our nation’s best young artists,” says Paul T. Lehr, NFAA’s Executive Director. “The gala celebrates the accomplishments achieved by our alumni family and the achievements of three individuals who are making significant and meaningful contributions to the arts.”

Robert Redford will be awarded the 2012 Arison Award, which is given annually to an individual who has had a significant influence on the development of young American artists. Redford is recognized widely as an actor, director, activist and founder of the Sundance Institute + Film Festival. He has been awarded a Directors Guild of America Award, a Golden Globe Award and the Academy Award for Best Director, as well as the Screen Actors Guild’s Lifetime Achievement Award. He was also the recipient of the 1997 National Medal for the Arts by President Clinton. In December 2005, Redford accepted the Kennedy Center Honors for his “distinguished achievement in the performing arts and in recognition of his extraordinary contributions to the life of our country.” He is currently in production on The Company You Keep, in which he will act, direct and produce. The 2011 recipient of the award, artist, choreographer, dancer, theater director and writer, Bill T. Jones will present Redford with the award.

Doug Aitken will be the recipient of the 2012 Alumni Award. Aitken is widely known for his innovative fine art installations. Aitken’s body of work ranges from photography, sculpture and architectural interventions, to films, sound, single and multi-channel video works and installations. His work has been featured in numerous solo and group exhibitions around the world, in such institutions as the Whitney Museum of American Art, The Museum of Modern Art, the Vienna Secession, the Serpentine Gallery in London and the Centre Georges Pompidou in Paris. He participated in the Whitney Biennial 1997 and 2000 and earned the International Prize at the Venice Biennale in 1999 for the installation “electric earth.” Aitken was a 1986 YoungArts winner in Visual Arts.

Robert L. Lynch will receive the 2012 YoungArts Leadership Award. Lynch is president and CEO of Americans for the Arts, the nation’s leading organization for advancing the arts and arts education in people’s lives, schools and communities. Under his 25 years of leadership, the services and membership of Americans for the Arts has grown to over 50 times its original size. He has personally reached audiences in over 1000 locations spanning 49 states and more than a dozen nations, ranging from Native American tribal gatherings to the U.S. Armed Forces in Europe to the President of the United States. Lynch will be presented the award by Michael M. Kaiser, president of the John F. Kennedy Center for the Performing Arts, and 2011 recipient of the YoungArts Leadership Award.

The gala evening kicks off with an interdisciplinary performance by YoungArts alumni from around the nation in the historic Gusman Center for the Performing Arts in Downtown Miami. Following the performance and awards ceremony, guests will travel to the J.W. Marriott Marquis for an evening of dinner and dancing with fellow arts patrons, with special presentations by YoungArts alumni.