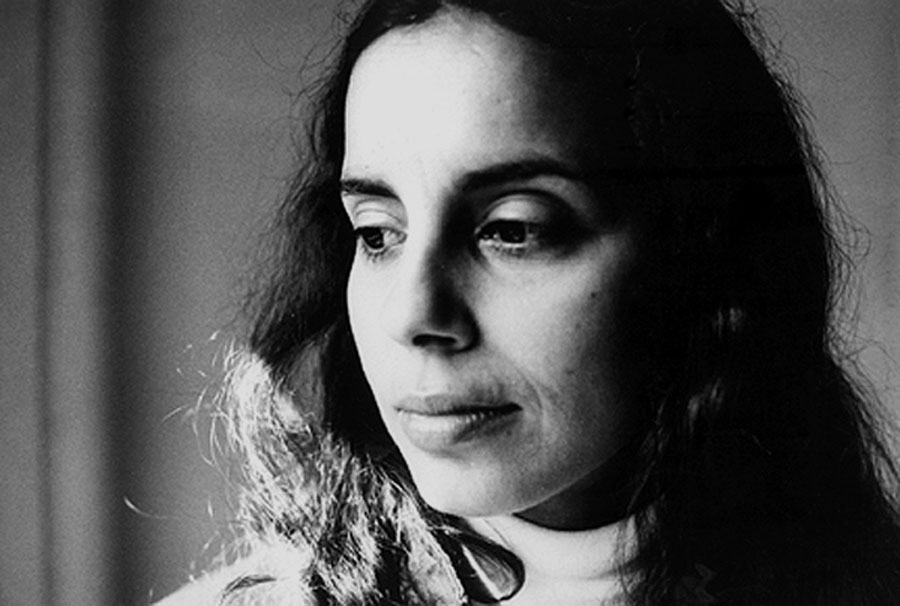 “My name is Ana. Nowadays people go to museums to look at my artworks, which means to look at me. You may find on display a picture of me from when I was a little girl, dressed as a butterfly by the beach. I still remember that day at mi aunt’s back in the island where I first set down roots before been transplanted.

I didn’t come, I was sent here. I was 12 years old and full of hope when my parents put me in that plane that ultimately landed me in the fields of Duburke, Iowa. Have you ever been to Iowa? There is no ocean there. How are you going to free a tropical butterfly in such a vastness? I felt out of context, strange to their eyes, discriminated, isolated. I grew up very quickly there. I learned.

Iowa City was and is an oasis of culture in the middle of cornfields, thanks to the University. Hans became my beautiful, German, and famous professor of art. He was wise enough to invent words to describe his creations and dreams. In 1972 he went to Oaxaca, Mexico, to teach. He took me along with him for the first time. There, we made love under the shade of forgotten ruins. I found there a code, an anchor, and different ways to spread my visions into shapes. My turning point in art was in 1972, when I realized that my paintings were not real enough for what I want the image to convey, and by real I mean I wanted my images to have power, to be magic”.

Ana Mendieta was born in Havana, Cuba, in 1948, and died in New York at the age of 36. While alive, she didn’t achieve fame or wealth. She was exposed to that life style through her love relationships with well established artists. During her years as fine art student, she was a companion to Hans Breder. Later she married minimalist sculptor Carl Andre. Both men became her mentors. She competed with both of them, struggling to find and articulate her own art.

Sadly, her death was what launched her into newspapers’ headlines. She fell from her 34th floor apartment in Greenwich Village. Minutes before she has been violently arguing with husband Carl Andre. Her sister, Raquelin Mendieta, accused him of murder. He was put on trial, and was found innocent as the jury sided with his defense that she committed suicide.

Never during her life did she have a solo exhibition. Mendieta showed her work in collective exhibitions, always as part of a bigger group of emerging artists or, at its best, with Carl Andre in duo exhibits that took them to three different cities. In 1987 the Musueum of Contemporary Art had and exhibit titled Ana Mendieta: A Retrospective. From that point on her work has been shown at galleries and museums throughout the United States and Europe.

“At those museums you may find a sequence of color pictures of me. I remember that day very well too. I invited some fellow students from the University of Iowa and a couple of professors to a gathering at my place. They found me standing by a table with my torso laying on top. I seemed to be dead or unconscious. My tropical rear end bare skin exposed, spattered with red paint and animal blood. In town all of us have been watching and talking about the news for days of a rape committed in Kansas. I felt the scream of pain of that anonymous woman in a nameless town in the Midwest, as I felt the desires hidden in stone goddess buried in a remote place in time. The world had changed me. I no longer wanted to be a butterfly. I was leaving behind imitation, and seeking reinvention. On that day all of them saw as I entered naked into arts”.

To the untrained artistic eye, Mendieta’s work may be no less than disturbing. Her art is more aimed at your feelings than at your reason, more intended to explore social taboos than to disguise them with beauty, and more directed toward transgression than to representation.

She freely appropriated elements of disconnected ancient cultures, from Mesoamerican ruins to African ritual traditions. Minimalism, conceptual, body, and earth art also influenced her. Her oeuvre displays ideas similar to those of Vito Acconci, Robert Smithson, or -more closely- Mary Beth Edelson. Throughout the years she amalgamated all in an intrinsically personal manner.

Mendieta employed non-conventional media and artistic techniques and media. Most, if not all of her work have an obvious ephemeral nature. She stated once: “I’m not interested in the formal qualities of my materials but their emotional and sensual ones.”  In her early period she did ‘street actions’ such as splashing blood in a sidewalk to documented people reaction with Super 8 video and covering herself with a white sheet and placing on top a bloody animal heart in the rooftop of the Hotel Principal in Oaxaca.

A very important part of her work took place at the Old Man Creek, near Iowa City. There she performed many variations of herself immerse in the landscape. In one piece she lied naked on the ground scarcely covered by wildflowers, in other she camouflaged herself in the trunk of a fallen tree, and in a third one she floated naked in a brook. Still in another she appeared naked again by the bank of the river, poured animal blood on her, rolled about chicken feathers, and stood with her arms open at the height of her breast.

The earth itself was the main media, and the body –her body- the main subject of her work. In one way or another, she always evoked burial, death, and sacrifice. She coined the term “earth body” to describe this way of doing art.

The presence of her body in the artwork is obvious and persistent. In one of her most famous pieces, that she left untitled but some curator accurately baptized Body Tracks, the artist appears standing back to the camera and resting on a white canvas or paper with her arms open. Then she lowly drags her hands down leaving a red trace, and leaves the scene after finishing such agonizing signature.

Not always did she explicitly show herself. A lot of time she referred to the body by the stylized simplification of its lines. The series titled Siluetas (Silhouettes) is the most exemplary of that. Molding mud, shaping gunpowder or candles, or carving the trunk of trees, Mendieta evoked over and over again the human body. More precisely, to a female body that reminds one from time to time the discreet charming of the prehistoric Venus of Willendorf, the small sculpture representative of woman’s fertility.

A lot have been said about Ana Mendieta’s works. Interpretations have ranged from feminism intentions to announcements of her death, from the search for a lost identity to the sacrilegious use of secret rituals.  In the domains of art only eccentricity or early death trumps originality and quality as passports to recognition. Ana Mendieta had it all. Ultimately when you look at her works, she left us with a powerful message hard to forget even in this age of flashing emails and reality shows.

“I didn’t have a dark side because the darkest of me was exposed. I left marks in rivers, on rocks, on leaves, and at the shores of my adopted land and of my beloved island. I wanted to be an island, and island I was in the mix of the four elements. My figure, shaped in the sand, remained for a while. After so many waves it vanished and disappeared. But if you looked at me and you open yourself to me I’ll exist yet for another era”.

Ana Mendieta: Earth Body is currently on view at Miami Art Museum (MAM). It will run through January 15th, 2006. This comprehensive exhibition examines the brief yet prolific career of Ana Mendieta, and includes more than 100 works from numerous public and private collections in the United States, Europe and Latin America.