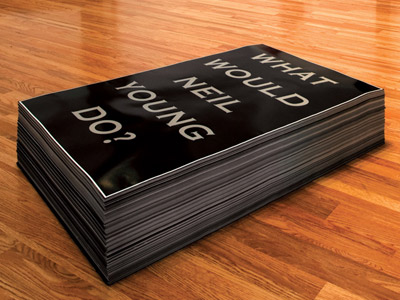 Art nowadays is a very enigmatic activity for those not initiated in this very tiny marvelous world. Curiously, from its very beginning, art was only conceivable as an active part of the life and the community. This alienation that the contemporary arts has been trying to break down for more than a century now – through the integration of ordinary materials, subjects from the daily life, active participation of the spectator, among others – seems to be an unbridgeable chasm between the creation and the common receptor.

Using this controversial issue as a foundation stone, The Frost Art Museum at Florida International University presents Because I Say So…, an exhibition featuring selections from the contemporary sculpture collection of Debra and Dennis Scholl.

The names of Debra and Dennis Scholl have been in the forefront as collectors and supporters of contemporary arts for more than 30 years. At the very beginning, their interest on photographic artworks made them internationally renowned. Since the past ten years, a new passion visited the inspired collectors: the passion for contemporary sculpture.

The idea behind the show is to break the extended conviction of the sculpture as a noble art related to traditional materials. In this exhibit, the visitor will find works made out of paper, felt, fabric, leaves, plastic, concrete, beads, pins, Styrofoam, fabric, or paper foil. We should add to this already large list, the use of non-physical active elements, such as, movement, songs, light, equilibrium or even, the intelligent distribution of the artwork integrating the exhibit into the gallery space.

Because I say so… appropriates the space as an effective curatorial tool. Sometimes the artworks hung from or near the ceiling, others on or near the floor suggesting a sinuous movement that captures the spectator’s eye in a sort of dance: a playful zigzag from top to down. This rhythmic effect combined to the breath created from one object to another makes the visit throughout the gallery an enjoyable experience.

On Necklace CNN, 2002, Thomas Hirschhorn presents a gigantic Bling-bling made out of cardboard fully covered with gold wrapping paper. Located at the top of the entrance, the hanging weight urges the visitors to rise up their visual horizon and perceive this kind of new religious icon: a pertinent commentary on globalization of young urban culture.

Just beside, on the floor, Jeremy Deller’s 2006 posters stack: What Would Neil Young Do?, Compels us. Once grouped in a pile, the posters turn into a different object, becoming a sculpture. This participative-poster-sculpture opens us to new questions, such as, manifestation limits, serial object versus art, passive versus active reception and, of course the controversial realization of the art object throughout its own dissolution.

Balance and light appear as key elements in the work of artists like Tara Donovan and Olafur Eliasson. Millions of pins form the perfect square Donovan’s installation Untitled (Pins), 2004. They stack in precarious balance one on the top of another unless you touch them; and of course, this playful shimmering of light provokes so. If one of the pins of the glittering cube is touched, the whole structure risks falling down.

Known by his enigmatic universes, Olafur Eliasson is represented in this exhibit by two more artworks: Fivefold Dodecahedron Lamp, 2006 and Light Ventilator Mobile, 2002. Suspended from the roof, Light Ventilator Mobile uses ordinary materials such as a pole, a fan, fabric, light and balance in order to build up a beautiful kinetic installation. The pole is pending from its vertical axe. On one side, the fan acts as a propel generating the circular and irregular movement of the pole. On the other extreme, the spotlight in conjunction with the three nineteen-feet felts pending from the pole, create this magnificent symphony of light and movement.

For other artists, the sense of illusion becomes essential. Arturo Herrera and Leyden Rodriguez-Casanova are representatives of this group. Herrera’s Felt #8, 2008, is just a flat irregular piece of red wool felt with holes and with no specific instructions for hanging. However, once on the wall, the work acquires volume and some suggesting ideas emerge out. The possibilities are endless.
The exhibit faces the idea of art as a conceptual work. Related to this, there are two levels of interpretation. The first one, associated with the simple idea of contemplation that brings out the instantaneous pleasure for the eyes. The second one, related to a deeper pleasure, compels an active reception: that always-benefic massage to the brain. In this group highlights the work of Kori Newkirk, Wade Guyton, Robert Morris, Brian Jungen, Sean Duffy and Paul Pfeiffer, among others.

Untitled, 2004, by L.A. based artist Kori Newkirk is a stylized mirror effect sculpture made up of two basketball hoops painted on electric blue. Synthetic hair and pony beads connect both hoops. This simple and delicate sculpture works with the social tensions and stereotypes around being a black in America.

Vetti V, 1993, by Robert Morris is a magnum opus of conceptualism and minimalism. With an impressive economy of resources – pink, gray and black felt and a tube – Morris recreates the cryptic universe of the pagan deity Vetti which becomes the effective allegory to talk about ontological human issues, such as eroticism, believes, misconceptions and destruction.

By its part, Brian Jungen works with the boundaries of cross-culture, the effective dialogue throughout time and myth. Jungen is a Canadian artist from British Columbia with Swiss and Dunneza First Nations ancestry. His artwork recreates the universe of First Nations using high-tech contemporary materials. His series, Prototype for New Understanding consists of aboriginal masks assembled from parts of Nike Air Jordan athletic footwear and hand-sewn. The similarity of colors (black, white and red) inspires the series, integrated by twenty-three masks – the Michael Jordan’s number – being the twenty-third the piece included in this exhibit.

Sean Duffy delights us with his Burn Out Sun, 2003. Twenty LPs are bent together creating a sort of puzzle or a flower or a buck ball or a disco ball standing on a metal tripod. The sculpture is a poetic and concise commentary about the ephemeral cycle of fame and failure, the lost of functionality and the transfer of meanings using the Sun Records Label – founded in Memphis in 1952 – as a metaphor.

Once inside the gallery, we feel the presence of imponderables such as Marcel Duchamp, Yves Klein, Joseph Beuys, Fluxus, Donald Judd, Robert Rauschenberg, Martin Kippenberger, among others. In fact, it is not only Because I say so… We know that the simplest effective gesture is loaded with a vast path of indagation, attempts and achievements. Because I say so… is a new exploration around art boundaries, and the redefinition of art: a remarkable opportunity to enjoy a unique selection of provocative and representative cutting-edge contemporary art.