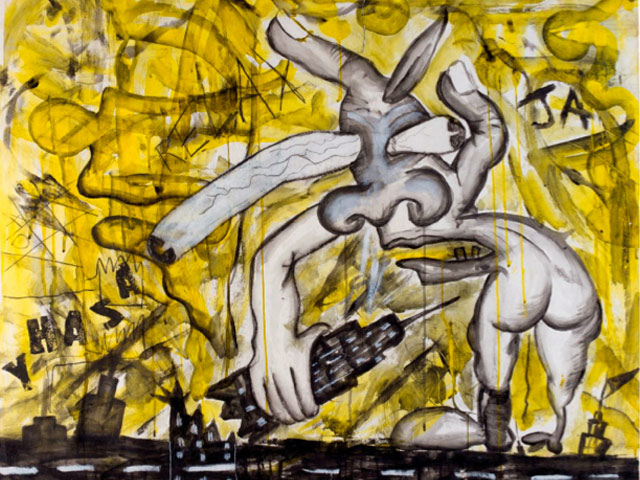 The exhibit features dirty drawings from the series La pesadilla (The Nightmare) where, as the artist states, figures in the style of underground comics are howling asphyxiated by a chaotic and stressful world. Rabbit-headed figures, fallen angels, monsters with bulging eyes, buildings shaped like syringes stand out. A world of nightmares, dirty comics, acid drawings and human-rabbits are screaming in search of an exit. The city is squashing and smothering the human-rabbit. A dirty expressionism is marked by underground comics drawings and the mixture of charcoal with yellow ink. Yellow screams from the dirtiness of the black color. The human-rabbit yells from the stress in a city where dirty buildings allow no sunlight through and where buildings transform into syringes.

The Nightmare will be accompanied by a full-color catalogue with an essay by Iván de la Nuez.