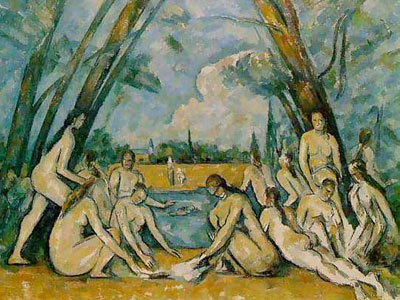 For the first time since 1956, the works of Cézanne, Picasso and Mondriaan are on display in a Dutch museum. The Gemeentemuseum in The Hague devotes this unique exhibition to the father of modern art, Paul Cézanne. Although Cézanne (1839-1906) is regarded as an impressionist, he was not concerned with depicting fleeting impressions. His interest lay in the object itself, as he sought to penetrate to its core with his knowledge of form, composition and color. It was this approach and other facets of his work that laid the first foundations of modern art.

His paintings are shown alongside works by Pablo Picasso, who considered himself the artistic heir of Cézanne, and Piet Mondriaan, who was strongly influenced by both artists. Never before could museum visitors see works by Cézanne, Picasso and Mondriaan alongside one another. The paintings are on loan from international collections, such as the Centre Pompidou in Paris, the Art Museum Basel and the Metropolitan Museum of Art in New York.

Unlike his impressionist contemporaries, Cézanne (1839-1906) uses the geometric shapes in nature (cone, ball and cylinder) as his point of departure. These are some of the foundations on which Picasso (1881-1973) elaborated. In addition, the exhibit shows that both Picasso and Cézanne were of paramount importance to the development of Mondriaan (1872-1944). The evolution of Impressionism, via Cubism to abstract work and to the early stages of Modernism, is clearly demonstrated in “Cézanne-Picasso-Mondriaan.”

Albizu University and Patricia Jimenez Art Space present the exhibition THE GAME, featuring works by Ernesto Capdevila. THE GAME consists of a selection of Capdevila’s most recent series of sculptures and gets its title from … +