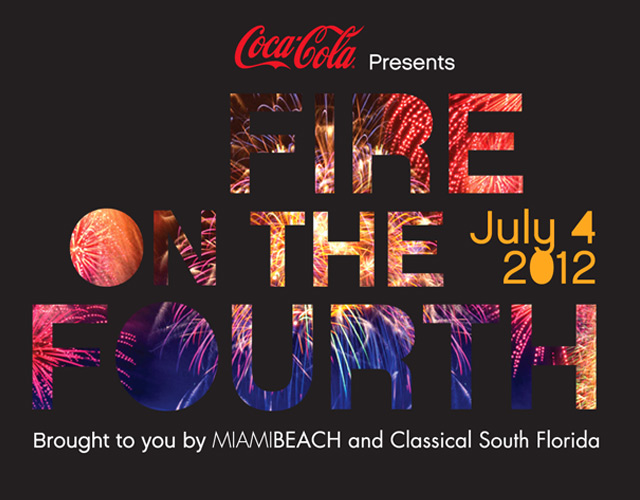 Things are heating up this Fourth of July in Miami. The City of Miami Beach announced a 10-year agreement with The Coca-Cola Company to serve as the presenting sponsor of its Independence Day celebration, “Coca-Cola Presents Fire on the Fourth Brought to You by Miami Beach and Classical South.” The Fire on the Fourth celebration, located at 8th Street and Ocean Drive, includes live performances from Fred Thomas, South Florida Symphony Orchestra Quartet and DJ Maximus3000. The festivities on July 4 begin at noon and conclude with fireworks at 9 p.m.

In March, the City of Miami Beach announced a 10-year sponsorship agreement with Coca-Cola to serve as the city’s exclusive beverage provider. The agreement also secures Coca-Cola’s support for recycling initiatives in Miami Beach. “Coca-Cola has been a part of the South Florida community for more than 70 years. Sponsoring such an important event for the City of Miami Beach demonstrates our commitment to the area’s residents and visitors,” said Humberto Garcia-Sjogrim, Coca-Cola Refreshments Vice President of Sales for South Florida.