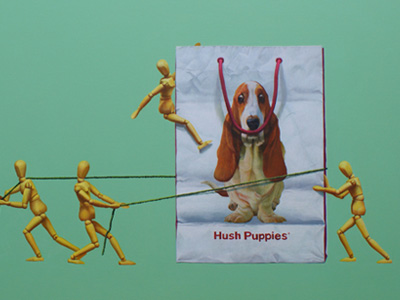 For its second exhibition, Myra Galleries is proudly introducing artists from the eastern and far eastern parts of the world, specifically from Korea, Australia and Iran.

Artist Kwon Soon IK was born in South Korea in 1959. “In my recent works, simple and every day objects often appear as main subject matters. Those things such as bags, shoes, lighters, spoons, chopsticks, clothes, etc, are not meant for artistic practices, but the fact that I incorporate them into my work, automatically transforms these objects into a collection through which my life and emotions are permeated. There is also the use of calligraphy and raised texts in my newest body of work, some of them representing patterns of the Korean alphabet. My intention was not to be satisfied with a mere visual delivery, but to represent Korean culture and emotions through the canvas.” Kwon Soon IK has exhibited his works in museums and collections in Colombia, Uruguay, Spain, Japan, and the United States. Some of his pieces were on view at Art Basel Miami last year.

Paul Ching – Bor was born in 1963 and moved to Sydney, Australia in 1987. There he focused on watercolors, portraying primarily the suburban neighborhood of Paddington, where his studio was located. In 1990 Ching-Bor received a scholarship sponsored by Mercedes-Benz and an award from the Royal Agricultural Society for the study of fine art in New York. In the following year he received the Overseas Study Travel Grant from the Rotary Club of Camberwell, Victoria, Australia. During the next four years he saved money to make sure that he would be able to prolong his stay beyond the scholarship’s term, and in 1996 he was able to realize a long-held desire to move to New York. “When I first walked down the streets of Manhattan I was curious about the impact this strident city and the jostling crowds would have on my work,” Ching-Bor recalled. “The structures, arches, and bridges immediately inspired me, and particularly suited my limited color palette. My favorite colors are black and white, and I found I was able to tackle New York subjects in a very free way that, in the early stages, suggests abstract painting.”

Phil Kyo Jang was born in Korea in 1968. He graduated from the Department of Painting at the College of Fine Arts, Se-Jong University. This talented artist will be exhibiting for the first time in Miami. He says about his dummy figures, “The dummy is a representation of an ordinary human being. Ordinary people have no specific character but have only desire, selfishness and weakness.” Jang use humor and wit to describe humans.

Hossein Edalatkhah was born in Iran in 1979. His oil on canvas works are representing his protest against undemocratic and discriminated societies and governments especially in Iran. His work in the exhibition is a series of eight pieces titled “My body, my private life, my biography.” The artist states, “My body is my source to protest against the governmental propaganda. In my collection I decided to look back to my history so you can witness Safavieh, Qajar, Pahlavi, and Islamic Republic periods.”

Niki Kouhpayma was born in Persia in 1976. He is coming to Miami with very fresh ideas in her photos.