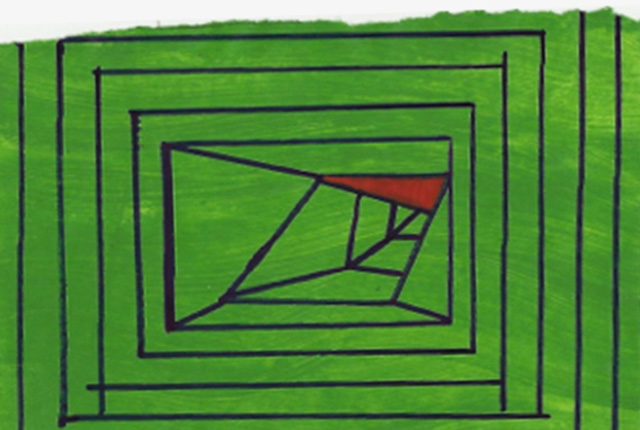 Arevalo Gallery presents “Extending the Line I,” the inaugural exhibition of the gallery’s new Project Room, dedicated to expanding the dialogue between Latin American and international abstract artists.

Francisco Arevalo, whose gallery is known for its focus on Latin American geometric abstraction, invited the team of Kaufman Vardy Projects to curate “Extending the Line I”, which is on view at the same time as the Miami debut of Brazilian artist Macaparana in the main gallery space. The two shows complement each other, exploring a sensibility that reveals the artist’s hand and use of material, thereby adding to the lexicon of minimalism and geometric abstraction.

“With the addition of the Project Room, we further expand the gallery’s mission to engage in a dialogue that explores the historical thread from the relevant art movements of the last century to the art of today” says owner Francisco Arevalo. “Inviting Kaufman Vardy to curate the first show was a natural, given their deep understanding of contemporary international art.”

“Extending the Line I” will include work by Eva Berendes, Sara Bichão, James Busby, Cris Gianakos, Gordon Moore, and Nan Swid. Berlin-based Eva Berendes’ formal geometric patterns on silk have as much to do with their own interplay of color and form as with evoking her predecessors, from Suprematism forward.

Sara Bichão, a young Portuguese artist, has recently received attention for her idiosyncratic drawings and constructions using symbols and line that resonate with our collective memory. James Busby’s elegant, small works are inspired by the physical, temporal, and interactive process of art creation, intriguing us with their beautiful, pristine surfaces. Cris Gianakos’ paintings on mylar create enigmatic space, using eternal geometric forms that exist in a space that can be seen as stable or moving, shallow or deep, thus challenging our perceptions. Gordon Moore’s drawings are abstract and reductive, seeking to explore the dual existence of the transitory and the fixed, the permanent and ephemeral. Nan Swid eloquently composes pieces at once emotionally evocative and intellectually challenging, highlighting the interplay of form and surface.

Macaparana is a self-taught Brazilian artist whose creativity is informed by the principles of Brazilian Neoconcretism. He uses the language of Geometric Abstraction to manifest, through three dimensional structures and drawings, what’s been widely described as “silent music”. Macaparana has exhibited at the São Paulo Biennial and is represented by galleries in Brazil, Argentina, Spain, and Mexico. His work is well represented in major international private, corporate and museum collections.