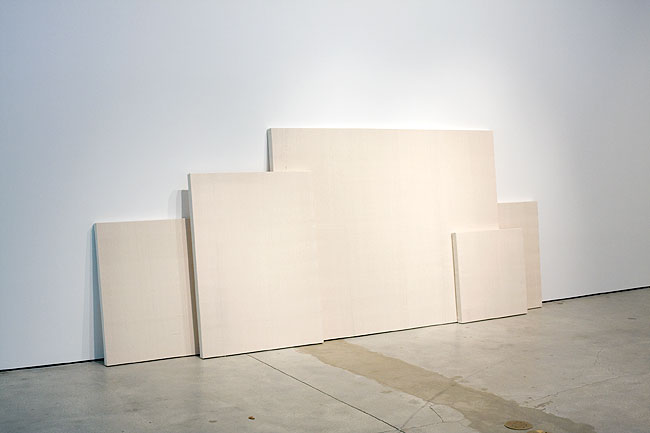 It would be a lie to say that we are acutely aware of the work behind everything we see. It would be a lie to say that we stare for hours at a grocery receipt in absolute awe of the process and labor behind producing a seemingly meaningless and small piece of paper. The truth is, we use what we need as we need it, and more often than not, take for grated the subtle value that exists within all that we see and touch. Though in no way should we categorize a receipt as a work of art, we should at least acknowledge its tangible value, and perhaps make a coherent correlation between the two. Frances Trombly is an artist that has taken her appreciation for mundane objects and turned it into a spectacular body of work during her career. Her work, which consists on handcrafted reproductions of commonplace objects, has earned her a place in the permanent collection of the Museum of Contemporary Art in North Miami (MOCA), and numerous other private collections throughout the country. She has exhibited in such national and international cities as New York, Miami, Los Angeles, London, Vienna, and in Latin America, and boasts a BFA from the Maryland Institute of Art.

In its first solo exhibition, the Girls’ Club Collection of South Florida presents new and previously un-exhibited work by Trombly, especially commissioned for its downtown Ft. Lauderdale space. Paintings is a continuation of Trombly’s fascination with recreating mass-produced, everyday items, in a labor-intensive process of weaving, embroidery, cross stitch, and crochet. The fascinating thing about Trombly is that she is able to create pieces that seem like exact replicas of ordinary things. Her masterful use of fiber to produce these deceiving reproductions serves as an open call to skeptic spectators, challenging their perception of art, and blatantly discounting the aesthetically obvious. The question of value is almost palpable in the presence of her work and murmuring observers, as some may struggle at first to find it within the intricate and illusory sculptures that make “Paintings”. This collection of blank canvases, a symbolic stripping of the obvious, is a display of the bare bones, a showcasing of the art behind Art, and an exhibit that should most definitely not be missed.

In 2003, Trombly created a diptych titled Paintings that sparked a desire in the artist to invest further in an ambitious installation of “paintings”. The ideas for the exhibition and accompanying catalog surfaced during conversations between Girls’ Club Creative Director Michelle Weinberg and the artist in her studio. Trombly herself states, “These new sculptures make no effort to create narratives, they merely offer the viewer a glimpse into the hard-working hands of the artist.” “Paintings is a thought-provoking project by a challenging emerging artist. We are thrilled to present these works in our space”, says Girls’ Club Founder Francie Bishop Good.