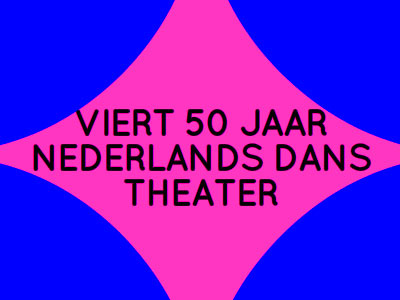 Holland Dance Festival celebrates 50th anniversary of the Nederlands Dans Theater. From October 28th through November 15th, Dance City The Hague shows itself as the international center of dance at the 12th edition of the Holland Dance Festival, the largest biennial dance festival in the Netherlands.

This year the festival boasts over sixty performances, more than one hundred workshops, and a dance parade with over 1,200 amateur dancers. In addition, this year’s Festival celebrates the 50th anniversary of the Netherlands’ standard-bearer of the dance: the Nederlands Dans Theater. Besides an international platform to present the diverse facets of the art of dance, the Holland Dance Festival will be a reunion of former dancers and choreographers of the Nederlands Dans Theater, gathering in The Hague from all over the world.

For a period of nearly three weeks, The Holland Dance Festival invites dance companies and dance artists from all over the world onto the stage.  The two grand masters of dance in the Netherlands, Jirí Kylián and Hans van Manen, will present own material executed by young dance talents of the Dance Academies of Rotterdam, Amsterdam and The Hague. At the request of the Holland Dance Festival, Introdans will reprise two unique Works from the early days of the Nederlands Dans Theater.