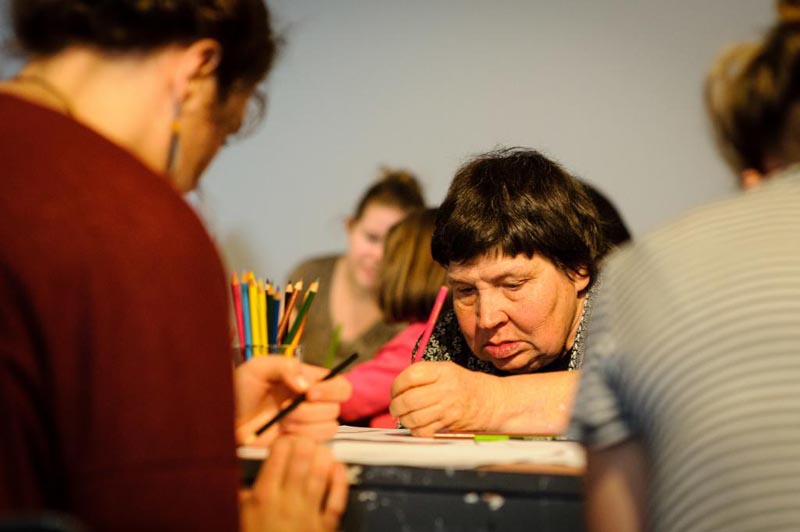 Susan Te Kahurangi King (b. 1951, Te Aroha, New Zealand) is an artist living in Auckland, New Zealand, whose work has begun to receive worldwide attention for its innovative and expressive approach to drawing.

At the age of four King stopped speaking and has since been diagnosed as severely autistic. She ceased speaking and began to draw prolifically. She continued to draw well into her thirties, until she abruptly stopped. After a twenty year lapse in drawing, she resumed in 2008, picking up where she had left off. Over the last eight years, King has generated a remarkable output of intense and enigmatic drawings that stretch space and volume in unorthodox ways.

Event
Shut Up and Draw
Sep 8, 2016, 7 PM
The event demands collaborative involvement by audience members, who will draw a large-scale mural on the walls of ICA Miami’s multipurpose room led by the artist.