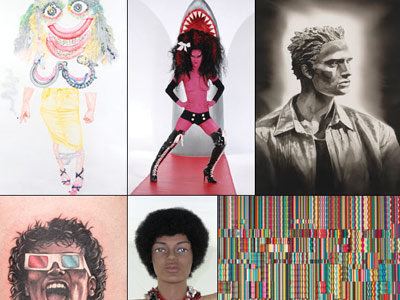 Aaron Bondaroff, New York City's "Downtown Don", brings his expansive community of artists, musicians, and weirdos to It Ain't Fair. The second exhibition in Bondaroff and Al Moran's groundbreaking O.H.W.O.W. space in the "West of Wynwood" district, this watershed project gets celebrated curators Tim Barber, Kathy Grayson, Andreas Melas, Dan Nadel, Pablo de la Barra, Nicola Vassell and Terence Koh to activate their various teams of artists in a huge multimedia exhibition featuring painting, sculpture, video and performance from artists all over the world with a focus on downtown Manhattan.