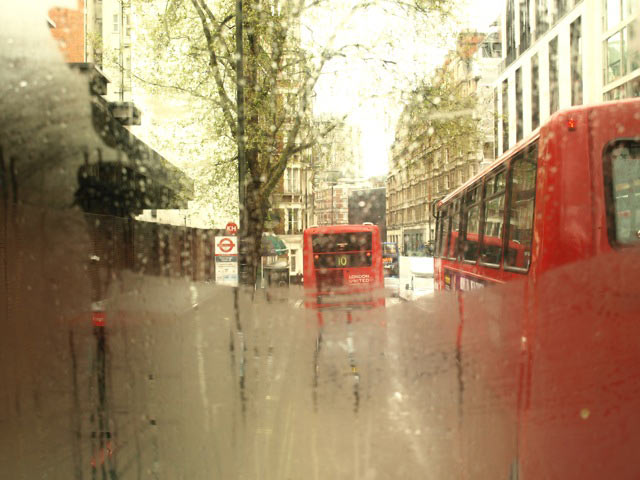 I arrived in London, welcomed by cold and rainy weather. A typical London day in April though. Rushing to the hotel, dropping off luggage and heading on by tube to the first appointment with entrepreneur, multicultural and multilingual art collector Amir Shariat (complete interview will be published here soon). From Persian origin he was raised in Vienna as the son of an art dealer who introduced him to this context by giving him his first artwork, a painting by 18th century Austrian artist Ferdinand Georg Waldmueller. He was fourteen years old at that time and obviously switched his goût d´art towards contemporary art in the meantime. He studied in Austria, France and Italy, worked in the US for a long time and has settled in London years ago. His office on Dover Street houses only a few of the works which build his large collection.

His taste is divided into two parts: minimal and abstract painting as well as pop art. You find Andy Warhol, Matias Faldbakken, Matthew Day Jackson, Kaz Oshiro, Theaster Gates and others. Amir is fast, very fast. Switching easily from one language to the other with his colleagues and clients on the phone, he is also fast in traveling and collecting. Traveling professionally and in his function as collector in between Europe, the US and Arabian countries, he is the perfect example of a transcultural mover. This is also reflected in his collection: No specific geographical preferences or conceptual context, it is hybrid and multifaceted. But he does not only buy established art, he also supports younger artists mostly acquiring their works through galleries at a very young stage of their career. He doesn’t go to artist studios or academy shows since he rather trusts in works which have already been approved by the market, in this case represented by the gallery, not in terms of sales but of quality in execution. He prefers mature art, not art elaborated at a student level, he says.

We walked over to the Arts Club next to his office, where he has on loan a work by Matthew Day Jackson, right in the entrance hall, a large scale work made out of found NASA material, a mysterious piece. The Arts Club has a very interesting mixture of international artists on show, the atmosphere is distinguished, multicultural and very British at the same time, the perfect context for an interview. Amir Shariat – more  focussed onto the subject of creativity than on social or political content of art – is one of these constantly energized persons who see art as a compensation for their profession, always longing to be creative, while dedicated to a more conservative way of making money. His office is a huge work station, obviously in a transformation cycle with tons of catalogues and unwrapped art works piled up. There was particularly one artist with whom I connected: Matias Faldbakken, a Norwegian who works a lot with found material, in this case it was a minimal work made out of a non-recycable garbage bag which he found in Norway. A beautiful minimal blue work with a strange critical content, even if the collector doesn’t want to admit that. Later on I found out that Documenta had published the note number 35, “Search-Suche”, in the 100 Notes cycle launched by Chus Martínez, I found it by chance in the Serpentine Gallery´s book store the next day.

Hurrying on to my next appointment with cultural entrepreneur, dealer, collector, writer and self-proclaimed provocateur of the high end art world Kenny Schachter (complete interview will be published here soon), I jumped onto bus no. 14 from Piccadilly Lane to Kensington, crossing the city just after a heavy rain shower, then walking the beautiful roads lined up with cherry trees in blossom adorning the typical family houses of the borrow with oldtimer cars parked in front, how romantic and what a contrast to sunny, warm and noisy Valencia where I just arrived from.

Entering his home you walk onto a huge playground where art and childhood are merging. In between Ai Weiwei, Franz West and many others, the visitor grasps a glance into the garden: Another large scale Franz West sculpture resting there in the meadow. And, of course, you find yourself in a huge storage, works still unwrapped, big packages lying on the enormous sofas, unwrapped paintings leaning on the walls. Kenny Schachter, a serious multi-tasker involved in art dealing, collecting, curating, teaching and writing with huge projects going on like an exhibition on Zaha Hadid he is preparing together with Elena Foster for her gallery space in Madrid, is one of these persons whom you can´t easily put into a box. He is active in many professions, in each of them extremely successful which might be related to his high energetic personality. Very sympathetic.

Next morning, weather was friendlier, the ritual to go to the Serpentine Gallery and see the show of Hans-Peter Feldmann, the German artist collector of every day images and material. Hans-Ulrich Obrist has been interviewing him for more than 20 years and this sort of retrospective was long time due. The exhibition reflects the artist´s obsession of collecting, from postcards to  hats and oil seascapes, obviously with the ambition to put in order our daily overload of images and objects by creating an aesthetic and structured system. A new installation which shows personal handbags and their content which the artist bought directly from the former owners. Interesting enough to see that women all over the globe from Germany to New York mainly carry the same things, the globalized world visible in a woman´s handbag, individual culture is not visible, maybe only recognizable through the brands of tobacco or tampax. Well, no, the French woman carried an interesting perfume, brand unknown but the bottle looking very elegant and vintage, something which can only be found in France, the country of natural fragrances and parfumeurs per se. The Serpentine Pavilion to be opened in June is currently under construction, a joint project by Herzog & de Meuron and Ai Weiwei. This artist and architect obviously is  all over, big power for Ai Weiwei worldwide.

On my way to Tate Modern I quickly jumped into the Victoria & Albert Museum to see “British Design from 1948-2012” mainly to see the work of the English artist group TROIKA. I was overwhelmed by the quantity of works on display, the rooms overloaded, using every inch to fill the space, besides the masses of visitors. “Swarowski Crystal Palace” by TROIKA was a smart work combining design and technology counting on the interaction of the viewer (Swarowski crystal lenses in suspended metal armatures with computer controlled motors and LEDs) and was worth the visit.

Then rushing to Tate Modern to have a glance at the retrospective by Damien Hirst. I am not too much into his oeuvre for obvious reasons and it took him many years to finally get this important solo show at a public London museum. This was the only reason why it was a must to see. I had no expectations, so they couldn’t be deceived either, nevertheless I was quite disappointed. Nothing new: pieces of sharks, sheep, cigarette butts, flies, diamonds, skulls and pharmacies I had already seen hundreds of times. What is a general retrospective good for when you don´t show at least one unexpected work to put everything into a new perspective? Maybe the video compilati
on with early statements of the artist or the living butterfly room. Well.

The last day it was literally pouring and cold, but umbrella and luggage equipped, against all odds, I took the double decker bus to Saatchi Gallery to see the space for the first time and the new show “Out of focus: Photography” which had just been opened the night before, sponsored by Google, no comment.  The 70,000 sq. ft. Duke of York HQ building on King’s Road in Chelsea with numerous galleries is a superbly structured and renovated exhibition space. From the current show with 39 international artists particularly the work of two artists stroke my eye: Matthew Day Jackson, again, with 48 c-prints reflecting anthropomorphic  land formations of continental United States; and Soweto-born Mohau Modisakeng – who talks about post-colonial Africa juxtaposing dark and light, the past and the future, the culture of former oppressors and  the original Zulu culture in amazingly constructed c-prints.

So, that was London, 2 days packed with new impressions, now heading to the airport and then tomorrow to New York. Respective article will follow soon.