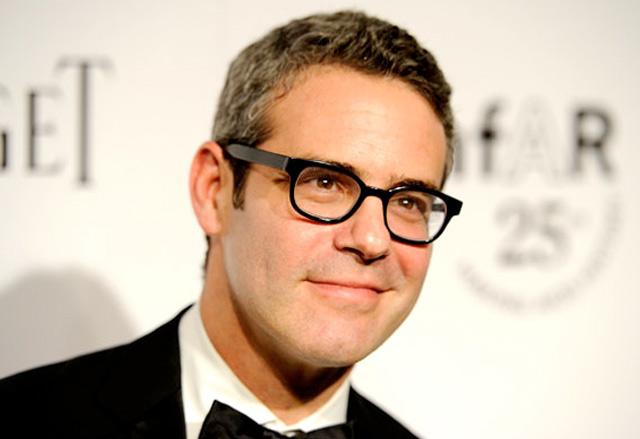 Cohen takes readers behind the scenes of his life and work, truly one and the same, to tell the story of his rise from a TV-adoring kid who always had a copy of People magazine at his side while growing up, to an Emmy Award–winning executive and producer of Bravo’s top-rated shows – including Top Chef, The Real Housewives franchise, Queer Eye for the Straight Guy, Project Runway, Shear Genius and Kathy Griffin: My Life on the D-List, among others – as well as the on-air host of Watch What Happens Live (a dream come true, after 22 years of being told he’d never be on air because of his wandering left eye). Aside from serving as a manual on how to make it in the television industry, Cohen’s book also draws a portrait of a loving family and parents who supported his passions (he has the daily letters from camp to prove it) and stood by his side when he “came out” about his homosexuality in college.

Andy Cohen is Bravo’s Executive Vice President of Development and Talent. He is responsible for overseeing the network’s current development slate, creating original content, developing innovative formats and identifying new talent. He also serves as Executive Producer on the Emmy and James Beard award-winning “Top Chef” and “The Real Housewives” franchise. In addition, he is the host and executive producer of Watch What Happens Live, Bravo’s late-night interactive talk show, and also hosts the network’s Watch What Happens reunion specials. He lives in New York City.

Vouchers are available for this event at Books & Books in Coral Gables, Miami Beach and Bal Harbour Shops, and at the door that evening, while supplies last. This voucher entitles you to receive (1) one copy of Most Talkative ($14.99 + tax) and also serves as your entry for (1) person to Andy Cohen’s talk, Q&A and book signing on April 8.

The paperback edition of Most Talkative will be published on April 2 and you may claim your copy of the book any time after publication at a Books & Books location, or at the event on April 8. Your voucher will be stamped to reflect whether or not you have claimed your book.

You must show your voucher and attached receipt to claim entrance to the event and claim your autographed copy of the book, so please remember to bring it with you that day. Books & Books is NOT responsible for lost or stolen vouchers.