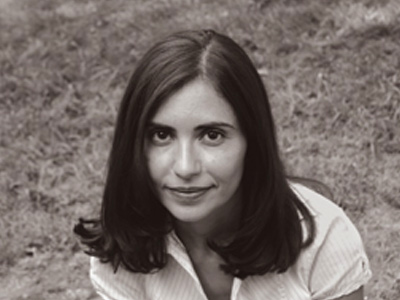 Dalia Sofer will be reading and discussing her most recent book The Septembers of Shiraz at Books and Books Coral Gables this week. In the aftermath of the Iranian revolution, rare-gem dealer Isaac Amin is arrested, wrongly accused of being a spy. Terrified by his disappearance, his family must reconcile a new world of cruelty and chaos with the collapse of everything they have known.

As Isaac navigates the tedium and terrors of prison, forging tenuous trusts, his wife feverishly searches for him, suspecting, all the while, that their once-trusted housekeeper has turned on them and is now acting as an informer. And as his daughter, in a childlike attempt to stop the wave of baseless arrests, engages in illicit activities, his son, sent to New York before the rise of the Ayatollahs, struggles to find happiness even as he realizes that his family may soon be forced to embark on a journey of incalculable danger.

A page-turning literary debut, The Septembers of Shiraz simmers with questions of identity, alienation, and love, not simply for a spouse or a child, but for all the intangible sights and smells of the place we call home.

Dalia Sofer was born in Iran and fled at the age of ten to the United States with her family. She received her MFA in Fiction from Sarah Lawrence College in 2002 and has been a resident at Yaddo. In March 2007 she was the first recipient of the Sirenland Fellowship, given each year to an unpublished author to attend the Sirenland Writers Conference in Positano, Italy. She has been a contributor to NPR's All Things Considered, Poets & Writers magazine, the National Poetry Almanac of the Academy of American Poets, and The New York Sun. Her essays, "Of These, Solitude" and "A Prenuptial Visit to Chartres" were included, respectively, in the anthologies Yentl's Revenge: The Next Wave of Jewish Feminism (Seal Press, 2001) and France, a Love Story (Seal Press, 2004). She lives in New York City.