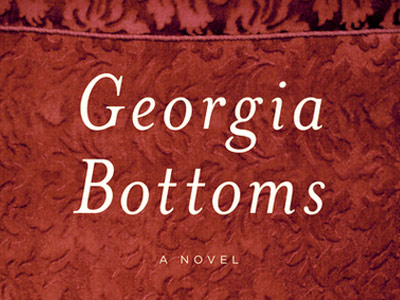 Georgia Bottoms is known in her small community of Six Points, Alabama, as a beautiful, well-to-do, and devoutly Baptist Southern belle. Nobody realizes that the family fortune has long since disappeared, and a determinedly single woman like Georgia needs an alternative, and discreet, means of income. In Georgia’s case it is six well-heeled lovers-one for each day of the week, with Mondays off-none of whom knows about the others.

But when the married preacher who has been coming to call (Saturdays) decides to confess their affair in front of the whole congregation, Georgia must take drastic measures to stop him. In Georgia Bottoms, Mark Childress proves once again his unmistakable skill for combining the hilarious and the absurd to reveal the inner workings of the rebellious human heart.

Mark Childress was born in Monroeville, Alabama. He is the author of six previous novels and three books for children. Crazy in Alabama, a featured selection of the Literary Guild, was an international bestseller in the U.S., Great Britain, Germany, Spain, Italy, France, Russia, Holland, Denmark, Poland, and Finland, and appeared on many Ten Best lists. He wrote the screenplay of the Columbia Pictures film “Crazy in Alabama,” directed by Antonio Banderas, and starring Melanie Griffith, an official selection of the Venice and San Sebastian film festivals. He currently lives in Key West, Florida.