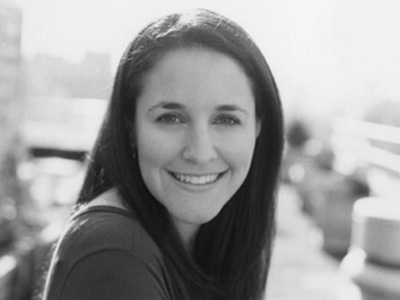 Perfect hair, cute clothes, healthy tans – life's a breeze when you're a witch! Even special witchcraft classes Rachel agrees to attend with Miri turn out to be fun. The sisters meet other teen witches just like them – who knew? Everyone's preparing for a magical party called a Samsorta – a debutante ball for witches. And it wouldn't be a ball without warlocks. Cute ones.

Like Adam, who wants to slow dance with Rachel and ski with her in the Rockies – on a school night. Of course, Rachel is madly in love with her boyfriend, Raf. So why can't she bring herself to tell Adam – funny, charming Adam – that Raf exists? Rachel knows Raf likes her. Maybe even, gulp, loves her. But Raf doesn't know her secret. Unlike Adam, Raf doesn't know who she really is. And she can never tell him. Or can she?

Sarah Mlynowski started writing books when she was three years old. Kind of. She would tell them to her mom, who would transcribe them. They were all about Princesses named Sarah. After learning to use her own pencil, she continued scribbling stories throughout elementary and high school, and studied English literature in college.

When she was twenty-four she published her first novel, Milkrun. Since then she has written three novels for teens – the Magic in Manhattan series. But Sarah is not a witch. Neither is her sister. If she had magical powers, though, she would wish for world peace, a cure for cancer and naturally straight hair.

Sarah has also written four novels for adults Fishbowl, As Seen On TV, Monkey Business and Me vs. Me), and been featured in the short story collections. She also has contributed a novella to the upcoming book Fireworks, and co-edited the USA Today bestselling charity chick-lit anthology Girls’ Night In and Girls’ Night Out. And she co-wrote a book for teens called How to Be Bad with awesome teen writers Lauren Myracle and E. Lockhart.