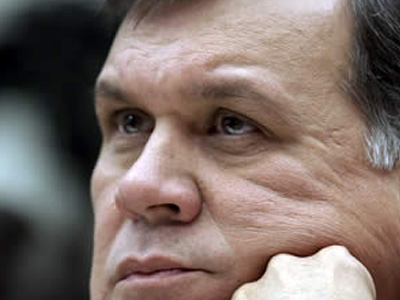 Books and Books is presenting an evening with Senator Mel Martinez discussing and signing his book A Sense of Belonging on August 25th, 2008 at 7:30 p.m. at the Coral Gables Coral Gables Congregational Church, located at 3010 De Soto Boulevard.

The swift and improbable rise of Mel Martinez to the top echelon of America’s government began not with a political race but with a burst of gunfire. In April 1958, an eleven-year-old Martinez huddled on his bedroom floor while Cuban soldiers opened fire on insurgents outside his family’s home in the normally sleepy town of Sagua la Grande. With that hail of bullets, the idyllic Cuba of his boyhood was shattered.

If political unrest made daily life disturbing and at times frightening, Fidel Castro’s Communist Revolution nine months later was nothing short of devastating. Martinez’s Catholic school was suddenly shuttered as the Communist regime threw priests out of the country. A sixteen-year-old boy from his town was seized and killed by a firing squad. When armed militiamen shouted violent threats at Martinez for wearing a cloth medallion as a sign of his Catholic faith, his parents made a heartrending decision: Their son would have to escape the Castro regime – alone.

Under the greatest secrecy, the Martinez family arranged through a special church program to have Mel airlifted out of Cuba to America. After months of painstaking planning (and a simple mistake that nearly scuttled the entire arrangement), fifteen-year-old Martinez stepped on a plane bound for Miami. He had no idea when – or if – he would see his family again.

A Sense of Belonging is the riveting account of innocence lost, exile sustained by religious faith, and an immigrant’s gritty determination to overcome the barriers of language and culture in his adopted homeland. Through it all, Martinez embodies the ideal of service to others, whether comforting a younger child on the flight from Havana to Miami or giving legal advice pro bono to his father’s friends in the Cuban-American community. Though his story ends in the hallowed halls of the U.S. Capitol, Martinez has never forgotten the boy who experienced the loss of liberty under Communism. A Sense of Belonging is a paean to the transformative power of the American Dream.

Mel Martinez is a US senator from Florida and the former chairman of the Republican National Committee. He is the first Cuban-American to serve in the US Senate. Prior to his election, he served as Secretary of Housing and Urban Development. Martinez lives in Orlando with his wife, Kitty. They have three children.