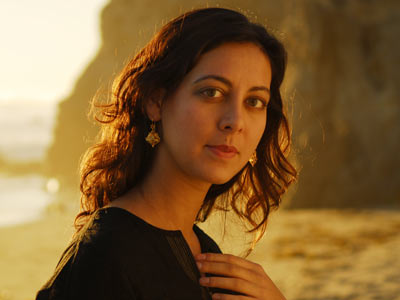 Sadia Shepard, a writer and documentary filmmaker, will be discussing and signing her novel The Girl from Foreign at Books and Books Coral Gables on Tuesday, August 19th, 2008 at 8:00 p.m.

The story of a young woman’s search for self, The Girl from Foreign weaves stories of author Sadia Shepard’s cross-cultural childhood with tales from her two-year journey to India to uncover the disparate influences, which have shaped her family.

The child of a white Protestant father from Colorado and a Muslim mother from Pakistan, Sadia grew up outside of Boston in a household full of stories and storytellers where cultures intertwined. One day, when Sadia was thirteen, she made the discovery that Nana, her beloved maternal grandmother, was not a Muslim like the rest of her Pakistani family. Instead, she had begun her life as Rachel Jacobs, a member of a tiny Jewish community in India that believes it is descended from one of the lost tribes of Israel, shipwrecked in India over two thousand years ago.

Before Nana died, Sadia promised her that she would go to India to learn about the life and the faith that she had left behind. Armed with a suitcase of camera equipment, Sadia arrives in Bombay, where she finds herself struggling to document the Bene Israel’s unique traditions and make sense of her own complicated cultural legacy.

Weaving together the story of her grandparents’ secret marriage – and the haunting legacy of Partition – with an evocative account of a little-known Jewish community in transition, Shepard's journey unearths long-buried family secrets and forces her to examine what it means both to lose and to seek a homeland.

In 2001, Sadia Shepard left New York for Bombay. Her goal was to try to understand the history and future of the tiny Indian Jewish community that her grandmother grew up in, planning to spend nine months making a documentary film. Two years later she returned to New York still trying to make sense of what she had seen and experienced. At a dinner party shortly after her return, she was approached by literary agent Fredrica S. Friedman, who suggested that she write a book. Over the next three years, she culled material from her videotapes and notes and turned them into a manuscript for The Girl From Foreign.