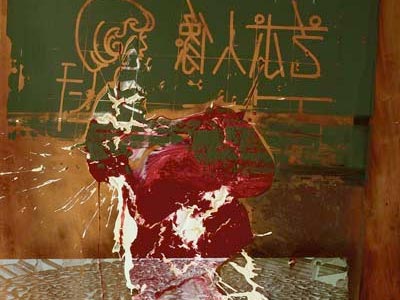 Miami Art Museum is presenting a new exhibition dedicated to works by the late Robert Rauschenberg, who has been  celebrated as one of the first artists ever to incorporate mass media imagery into his artworks. The exhibition looks at various techniques the artist used over the course of his career to transfer images from their source medium into his artworks. “It will underscore the creative ingenuity that characterized Rauschenberg’s career for over fifty years – the last thirty-five of which he spent based in Florida,” said Peter Boswell, MAM assistant director for programs/senior curator. “It will emphasize his seminal role in understanding the importance of the mass media to modern culture.”

Rauschenberg began in the 1950s by collaging actual newspaper and magazine pages, postcards and book illustrations into his famous “combine” paintings, which also included a variety of found objects ranging from clothing items to stuffed animals. But as early as 1959 he began transferring images from their source medium – the printed page, for example – onto the surfaces of his artworks instead of collaging them. This switched the emphasis from image as object to image as transmitted information. Over the course of his career, he used lighter fluid, solvent, lithography, silkscreen, and water to transfer images from the media onto paper, canvas, fabric, metal and polylaminate, creating unique hybrid works of art that combine elements of drawing, printing and painting. The exhibition features work from MAM’s permanent collection along with several works lent by the Estate of Robert Rauschenberg. Included among the loans is a rarely seen series of solvent transfer drawings from 1965; a Hoarfrost work from 1974, made from images imprinted on thin, translucent fabric; and one of the artist’s late dye-transfer works on polylaminate, in which Rauschenberg employed images he himself had taken.