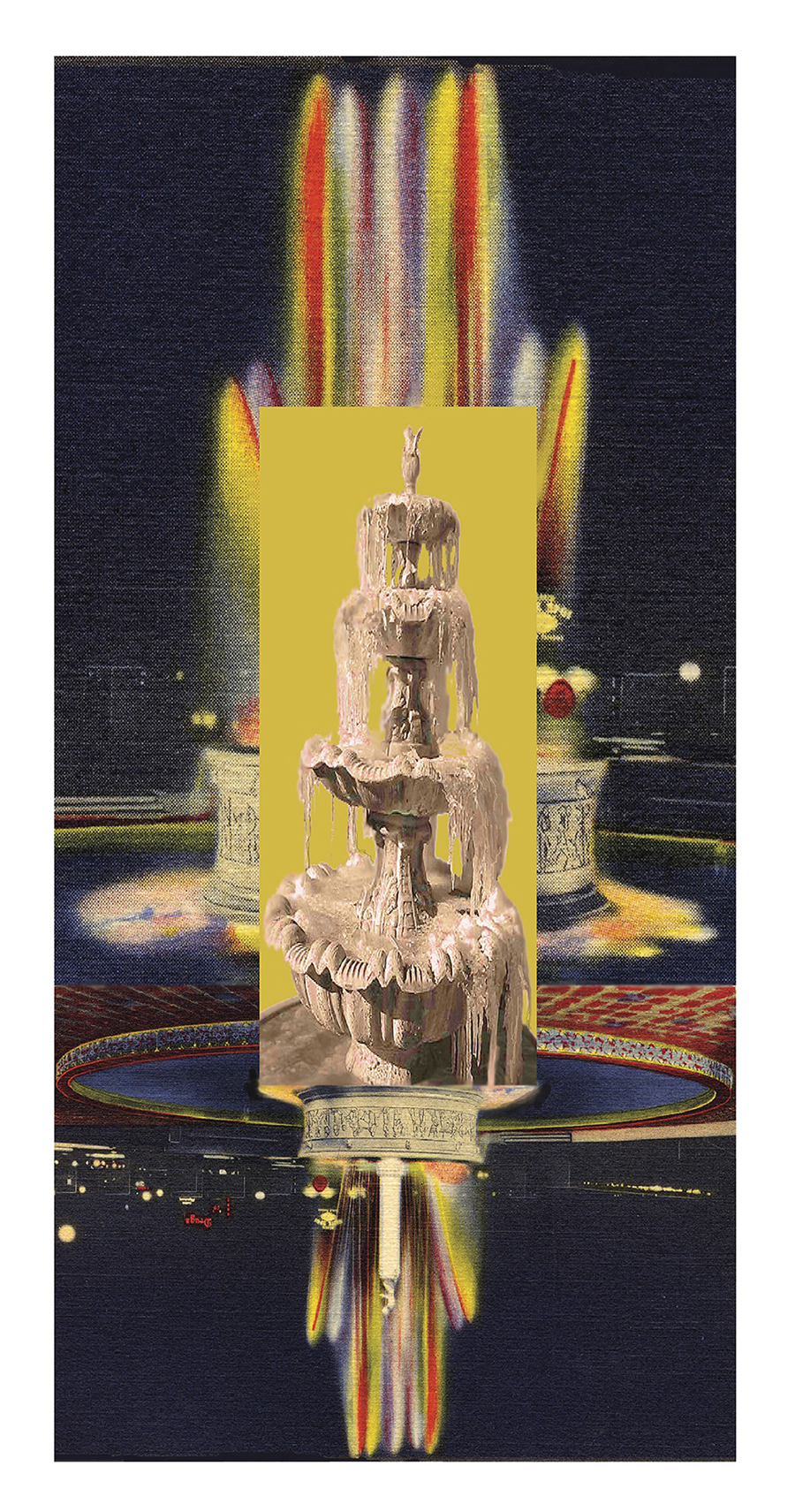 The Miami Dade College (MDC) Museum of Art + Design in partnership with The Center for Writing & Literature at MDC presents Fountains & Galaxies, recent works by Bernard Cooper in conjunction with the release of his new memoir (W.W. Norton & Company).

Cooper (b.1951) was born in Hollywood, California, and attended the California Institute of the Arts where he received his M.F.A. in 1979. He currently resides in Los Angeles. After graduation, he abandoned visual art and began to write. Cooper went on to author six books, most recently My Avant-Garde Education, an artist’s coming-of-age story and a personal chronicle of the era of conceptual art. Growing up in the suburbs—confused about his sexuality, about his consumer-oriented world, about the death of his older brother—Bernard Cooper falls in love with Pop art and sets off for the California Institute of the Arts, the center of the burgeoning field of conceptual art, in this beguiling memoir. – (W.W. Norton & Company).

Cooper has published prose, poetry, memoirs, short stories and a novel. He is the recipient of PEN/USA Ernest Hemingway Award, O. Henry Prize, Guggenheim grant, and National Endowment of the Arts fellowship in literature. His writing has also appeared in magazines and literary reviews including: Granta, Harper’s Magazine, The Paris Review, Story, The Los Angeles Times Magazine, and The New York Times Magazine. He has contributed to National Public Radio’s “This American Life” and for six years wrote monthly features as the art critic for Los Angeles Magazine.

Since Cooper’s return to creating art work, his work has been included in the Emerging Artists section of the 2013 Photo LA exhibition and Printed Matter’s LA ART BOOK FAIR at The Geffen Contemporary at MOCA in Los Angeles. The MDC Museum of Art + Design is proud to present the artist’s first solo museum exhibition with selections from his recent series titled, Fountains and Galaxies. Cooper recalls about the early days of writing and how he never fully abandoned creating visual art: “It was a little strange switching gears… At first it seemed like such a different endeavor, but I don’t think it really is. The writer Flannery O’Connor said that the sense of sight is probably the most important sense for a writer. I’m often drawn to write about things because they have an image that’s provocative and intriguing.”