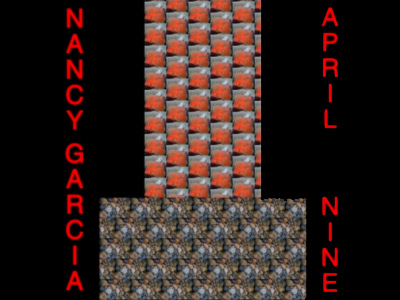 Nancy Garcia’s interdisciplinary practice incorporates choreography, music/sound, video, performance, image making, and new media. Often slinging the viewer to the edges of performative events, Garcia draws attention to the exultant body, considering it as a site as well as a vehicle for sound and movement.

For her first solo exhibition in Miami, Garcia shows a new body of work incorporating photography, a new video entitled Power Trio, and a concept audio compilation, Lover’s Alarm Clock, for which she asked artist friends to “create a sound you want your lover/s to wake up to.” Each track will be downloadable and sharable as a smartphone ringtone at www.loversalarmclock.com, and be available for listening in the gallery.

Nancy Garcia was born and raised in Miami, and has been based in New York since 2000. Her work has been shown at the Sculpture Center, Long Island City; Whitney Museum of American Art, NY; Roulette, NY; D’Amelio Terras Gallery, NY; De La Cruz Collection Project Room, Miami; New Langton Arts Center, San Franscico; Greene Naftali Gallery, New York; Movement Research at Judson Church. She has also been featured in festivals such as Images, Toronto; All Tomorrow’s Parties, United Kingdom; and No Fun Fest, New York. As a musician she has performed in the US and abroad with noise band Monotract, toured as a solo performer, collaborated with various artists including Thurston Moore, and released a solo album entitled “Be the Climb” on the Ecstatic Peace record label. In 2009 Garcia produced an epic interdisciplinary performance combining online video, and music from her album with choreography for the proscenium stage, commissioned by the Kitchen, NY. She holds a Master’s degree from the Interactive Telecommunications program within New York University’s Tisch School of the Arts.