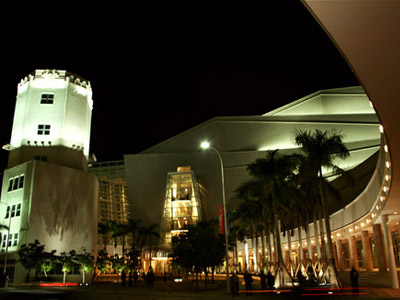 Soprano Ekaterina Siurina made her Metropolitan Opera debut in 2006 as Gilda in Rigoletto.  Career highlights for Ms. Siurina include Adina in L’elisir d’amore with Deutsche Oper Berlin and Hamburg State Opera, Susanna in The Marriage of Figaro at Teatra alla Scala, Giulietta in I Capuleti e i Montecchi with Montpellier Opera and in Liège, Ilia in Idomeneo at the Salzburg Festival, and Najade in Ariadne auf Naxos with Paris’s Bastille Opera and in Berlin. She has also appeared in concert in performances of Carmina Burana with the London Philharmonic and the Danish Philharmonic.

The brilliant pianist and conductor Constantine Orbelian is the first American ever to become music director of an ensemble in Russia. His appointment in 1991 as Music Director of the celebrated Moscow Chamber Orchestra was a breakthrough event and came in the midst of Orbelian's successful career as a concert pianist. In September 2000, Orbelian was named Permanent Guest Conductor of the Moscow Philharmonic, putting him in a unique leadership position with not only Moscow’s outstanding chamber orchestra but also its most illustrious symphony orchestra. In January 2004 President Putin awarded Orbelian the coveted title “Honored Artist of Russia,” a title never before bestowed on a non-Russian citizen.

In high demand by the world’s leading opera houses and symphony orchestras, Marcello Giordani was recently hailed by Opera News as “. . . arguably, the leading tenor of his generation.”  He opened the Metropolitan Opera's 2007-08 season as Edgardo in a new production of Donizetti’s Lucia di Lammermoor by Tony Award winning director Mary Zimmerman. In addition to his Metropolitan Opera performances, Mr. Giordani made his debut in Verdi's La forza del destino with the Maggio Musicale Fiorentino, in Florence, Italy, under the direction of Zubin Mehta.  He returned to the Metropolitan Opera this year in a revival of Puccini’s Manon Lescaut and made his debut in the title role of Verdi's Ernani in a production which has not been heard at the Met since 1985.  On Saturday, November 22, 2008, Mr. Giordani entered the company of a handful of Metropolitan Opera singers who have sung two lead roles in different operas on the same day.  He performed the title role in Berlioz’s The Damnation of Faust for the matinee performance, and then replaced an ailing colleague as Pinkerton for that evening’s performance of Puccini’s Madama Butterfly.

The star-studded concert series will conclude on April 6th, 2009. This performance will feature Grammy Award winning Welsh baritone Bryn Terfel, whose combination of a great voice, immaculate diction, commanding stage presence and flair for acting has made him an international success in opera throughout the world.  Captivating soprano Sarah Coburn and FGO Music Director Stewart Robertson will complete the cast.

Bryn Terfel’s signature roles include Figaro in The Marriage of Figaro and the title role in Verdi’s Falstaff. In 2004 he made his debut as Wotan in Wagner’s “Ring Cycle” at the Royal Opera House, Covent Garden, to rave reviews from the music press, including: “In his first Wotan, Bryn Terfel fulfills his destiny as an operatic singer.” (Rupert Christiansen, Daily Telegraph).

Praised as “blissfully sublime” by Opera News, Sarah Coburn is captivating audiences with her “precision placement, mercury speed, and a gorgeous liquid gold tone, gilded by a thrilling top and bottom register.” (The Globe and Mail).  Sarah Coburn’s 2007-08 season included the role of Asteria in Tamerlano with Washington National Opera, the title role of Lakmé with Tulsa Opera and returning to the role of Princess Yue-yang in the revival of The First Emperor at the Metropolitan Opera.  In 2007 Ms. Coburn created the role of Kitty in FGO’s world premiere of Anna Karenina and then performed the role with Opera Theatre of St. Louis.

Stewart Robertson has served for the past ten seasons as Music Director of Florida Grand Opera, conducting twenty-eight productions, encompassing more than one hundred performances. He has brought to his position an active involvement with new music combined with his great love of the w
orks by Mozart, Britten, Puccini and Strauss.  Maestro Robertson’s 2005 recording of Sir Richard Rodney Bennett’s The Mines of Sulphur was released to great critical acclaim, culminating in a prestigious Grammy Award nomination for best opera recording. Mo. Robertson’s recording with the Utah Symphony of the symphonic works of David Carlson was also released on New World Records, and he has conducted New York City Opera productions that were nationally televised on Live from Lincoln Center. In addition to being an active pianist, Mo. Robertson is a broadcast writer and lecturer on music who has been seen and heard on National Public Radio, Public Broadcasting System, BBC, and Swiss-Italian radio and television.

From Appalachia to Tang... +

The pairing of guitar and flute has long inspired delightful music, at once earthy and delicately translucid. An evening featuring Robert Beaser’s Mountain Songs, based on Appalachian music; Astor Piazzolla’s Histoire Du Tango, a tango … +

Marian Anderson’s debut at the Metropolitan Opera House in 1955 broke through the company’s longstanding Jim Crow practices. Carol Oja, Professor of Music at Harvard University, revisits the campaign waged by the NAACP and Anderson’s … +

“Arturo O’Farrill’s Afro Latin Jazz Orchestra is one of the best jazz orchestras in existence, a powerhouse outfit whose precise section work is enhanced by thrilling soloists“ The New Yorker O’Farrill’s debut album with the … +