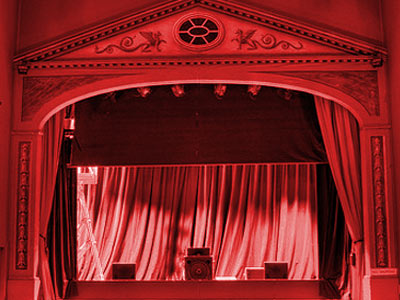 Presenting a total of eight plays, the New World School of the Arts Theater Division presents the New Playwrights Festival 2011, featuring two student-directed, four faculty-directed, and one alum directed productions. “This year eight young playwrights will see their work produced. Prepare yourself for a journey from the trite to the surreal and stations in between” said La Vonne Canfield, 2011 Festival Coordinator.

The eight original innovative productions offer myriad of captivating themes with a wide range of intriguing subject matters. Among the works to be presented during Program A are “Apple Tree” by Dylan Guerra; “The Diner” by Nile Harris, an in depth exploration of ritual of dinner; “M”, by Jean-Louis Droulers; “Swan Song” by Andrew Quintana unearths how a death has changed two women’s lives forever; and “An Irrelevant Title” by Armando Santana attempts to find relevance in the irrelevant.

Playwrights to showcase in Program B include “Recoil” by Brandon Flynn; “It’s an Underworld After All” by Dylan Guerra – when the Animatronics on the It’s a Small World ride are not singing and dancing for tourists on the boat they are dealing with some very serious and very dangerous issues; “Goodbye Alice” by Maite Francois – inspired by Lewis Carroll’s Novel, Alice in Wonderland and is a twisted retelling of how the novel was created; “The Crubicle” by Rafi Lorie & Dylan Guerra.