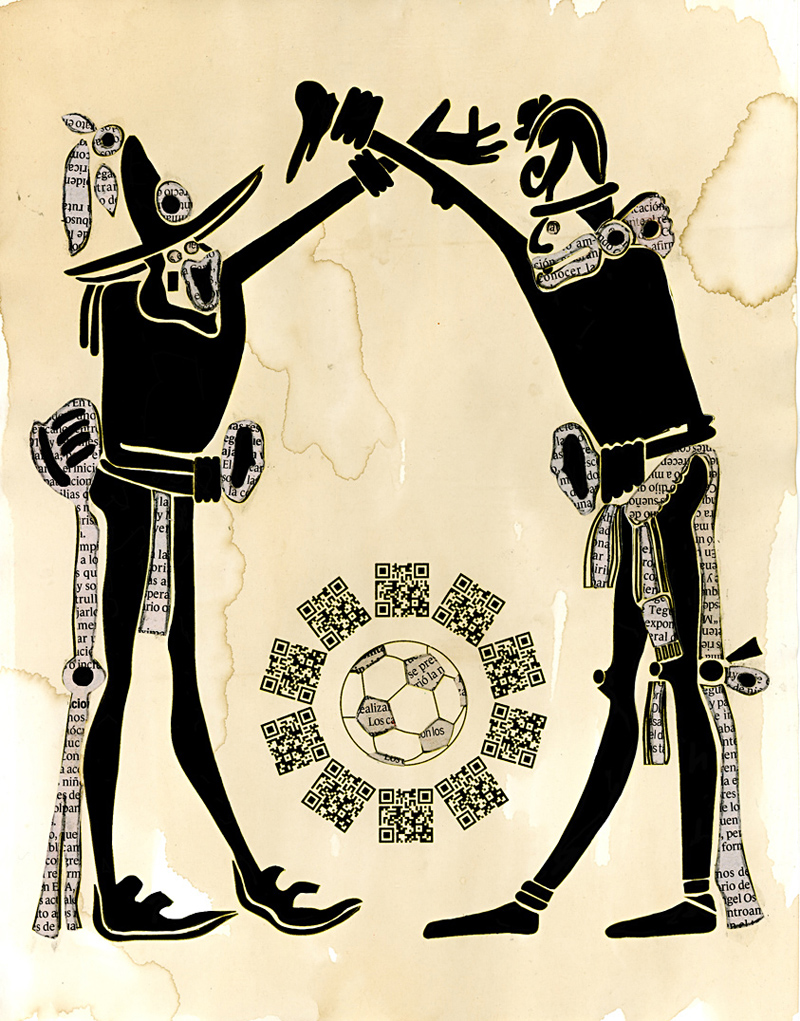 Miami Dade College’s Museum of Art + Design presents Object of my Affection: San Pedro Nos Ve, an interactive multi-media installation by Alma Leiva. Leiva, an alumnus of New World School of the Arts, will create an interactive installation titled Object of My affection: San Pedro Nos Ve (St. Peter Watches Over Us). Born in San Pedro Sula, Honduras, now living in Miami, Alma Leiva’s recent work is a dialogue between her immigrant generation and the new generation of the city where she was born and which has also sadly taken the role as “the murder capital of the world” in the past three years. The interactive installation will allow visitors to scan QR codes with their smart phones throughout the exhibition allowing them to view recent stories of violence in San Pedro Sula. The video work and site –specific installation offer a deeper look into a city, that for Leiva has in many ways become a no-man’s land.

Alma Leiva received her BFA from New World School of the Arts in 2007 and an MFA from Virginia Commonwealth University in 2011.She has exhibited widely in the US in venues such as The Invisible Dog Art Center, Brooklyn, N.Y and Philadelphia Photo Arts Center, Philadelphia, PA. She has completed residencies at Vermont Studio Center, Johnson, VT and the Center for Photography, Woodstock, NY. Ms. Leiva is featured in numerous publications including Time Magazine’s Lightbox, Photo District News, Newsweek, Miami New Times, El Nuevo Herald, ArtPulse magazine and the Washington Post. She has also been awarded grants through the New York Foundation for the Arts, College Association of the Arts (CAA), Joan Mitchell Foundation and the Beth Block Foundation.