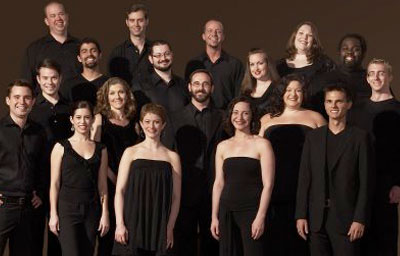 For the third consecutive season, Seraphic Fire and the Firebird Chamber Orchestra will grace the stage of the Adrienne Arsht Center for the Performing Arts of Miami-Dade County for a glorious holiday performance of Handel’s masterwork, Messiah on December 19, 2009, at 8:00 p.m. at the John S. and James L. Knight Concert Hall.

Seraphic Fire and the Firebird chamber orchestra have both garnered critical acclaim for their heavenly performances and impassioned music-making. The choir’s repertoire includes classical and contemporary works, as well as sacred and secular compositions. Messiah is Handel’s most famous creation, and one of the most popular and respected works in Western choral literature.  Often performed especially for the holiday season, the work is majestic in scope and resounds with spirituality.

Founded in 2002 by Artistic Director Patrick Dupré Quigley, the chamber choir Seraphic Fire started out as a little-known local gem specializing in Baroque and new music. The ensemble quickly rose to the top ranks of Miami’s music scene with its cutting-edge, dynamic, and historically informed performances. Global recognition came quickly when, in 2004, they were invited to record with international pop-star Shakira on a track for her album Oral Fixation II, which ultimately went Platinum. Seraphic Fire has released six recordings to date: Beginnings (2005), a mix of all a cappella works from its fourth season; Bach’s Six Motets (2006), performed with one voice on a part; a live-in-concert recording of Handel’s Messiah (2007); Amazing Grace: A Gospel and Bluegrass Journey (2008); Shalom / Pax (2008); and IKON (2009).