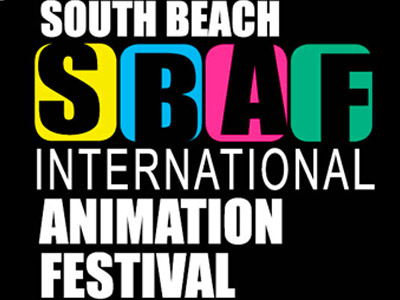 The 2008 South Beach Animation Festival will take place at the Miami Beach Cinematheque in the heart of Miami Beach. More than a showcase of innovative animation from all over the world, festival organizers are mounting a series of workshops and hands-on demonstrations by animators to show the public how animation is made.  Audiences will learn about the business aspects of the industry also.

"Films are arriving from Japan, Europe, and Iran," says Festival organizer Noreen Legault Mendoza. "There will be something to interest everyone.” Mendoza is President and CEO of Film Works, a South Florida-based production company.

Judging the films are Annie Perez, Marketing Director of the Miami-Dade Office of Film and Entertainment, and Sheila Duffy-Lehrman, Vice President and Creative Director of Tropical Survival Advertising and Marketing, winner of Emmy and Addy Awards, as well as the George Foster Peabody Award for her work in television news.

"Animation has come a long way since Mickey and Minnie cartoons," says Legault Mendoza. "When you think of the full spectrum of media technology available to us, animation is probably the most pervasive and innovative art form today. One of the top grossing and critically acclaimed films this past year was Pixar’s ‘Ratatouille. Audiences everywhere loved it.”

The South Beach International Animation Festival celebrates animation film and other cartoon art forms with screenings and special events taking place at a variety of venues around Miami Beach and Miami Dade County. In addition to juried film screenings, the Festival hosts art exhibits, hands-on demonstrations, seminars, and discussions. The art of animated film enables a diverse audience to come together and share a laugh, crossing language barriers, gender gaps, and socio-economic differences.