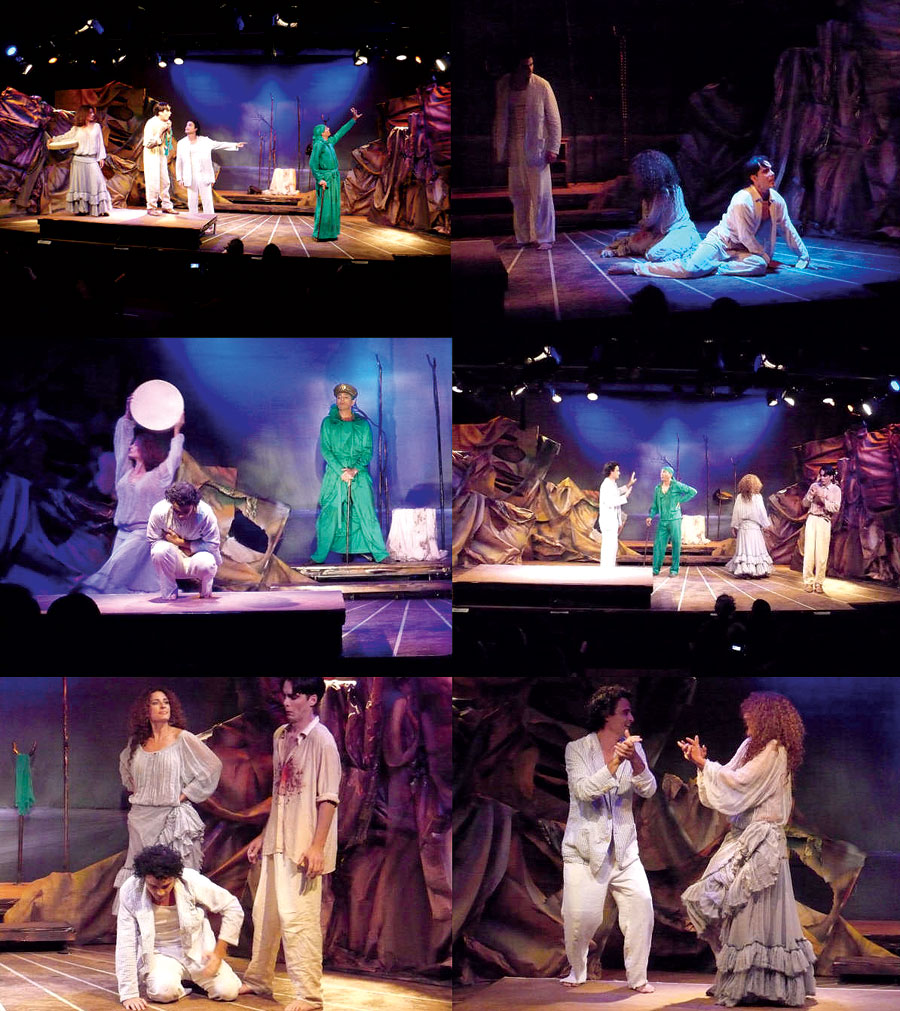 Directed by Rolando Moreno, this retelling of one of Spain’s most celebrated Poet’s death, seventy-two years later, ignites an awareness of issues that withstand the test of time. Killed in the Spanish Civil War by the nationalist militia, Lorca’s remains lay somewhere unknown in the province of Granada, Spain. Just as his grave’s location, the reason for Lorca’s murder remains a puzzle and cause for enduring speculation. Political motives have been mentioned, but Cruz’s play focuses on the darker, more homophobic of motives; Lorca’s sexuality is at the core of this poignant story of his fruitful life and calls for undisputed attention.

When Lorca awakens in a purgatory-like site, he begins his quest for inner peace and realization of truth with the help of three other versions of himself. These versions of him are in fact actors of the site who fall in and out of character within his passage, playing their cast versions of the poet while speaking as themselves at certain times. The actors guide the bloodied Lorca through his journey of the soul and ultimate acceptance of the end. Cuban actor, Déxter Cápiro, fiercely portrays the deceased Lorca in a blood soaked linen shirt. Daring in his craft, he draws the audience into the scene with the authenticity of his anguish as the dead poet. Sharing the stage, breath-taking actress, Paulina Gálvez, balances Cápiro’s agonized Lorca with her sensual yet naively playful version of Lorca’s childhood desires and memories. Gálvez sets the tone for this haunting account of the poet’s death with a heart pounding flamenco that awakens the blood-soaked Lorca from his deadly sleep in the opening scene. Completing the ensemble cast, Tomás Doval and Ariel Texidó, who play dynamic versions of the poet, capture the audience’s attention with a re-enactment of the poet’s death in the first act. Doval, as Lorca in a white suit, plays the soon to be executed Lorca in this play within a play, while Texidó, who wears the actual green dress, plays the brutal general who kills the poet with three shots preceded by the abusive cry of “Communist Faggot!” loud enough to make any audience member cringe.

Moreno’s take on this Spanish version of Lorca In A Green Dress raises the questions of “why?” and “why still?” of certain moral issues presented on stage. The clever four-Lorca cast accomplishes the stimulation of compassion in the audience and leaves us anything but content with the poet’s premature death. It would be hard to walk away from this performance of Lorca con un vestido verde without a sympathetic awareness and greater admiration of the Poet’s life and work to which such fantastic actors have taken such deep commitment to.