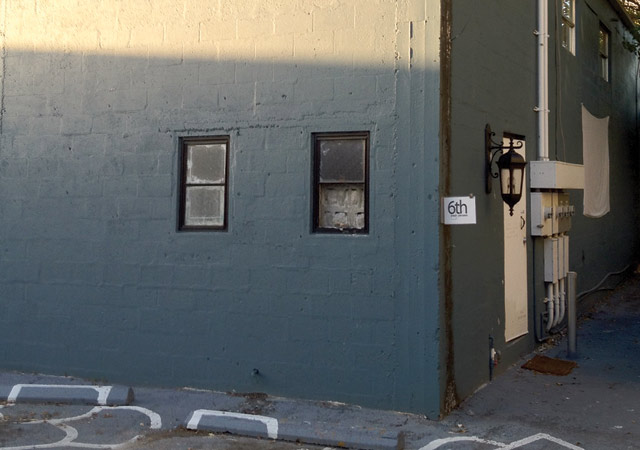 With so much attention placed on contemporary art coming out of Wynwood, it is sometimes difficult to note the cultural milieus found in other areas of Miami. Consider Little Havana. Marked by sidewalk cafes, ethnic restaurants, storefront churches, and tourist busses, it is also the site of a surreal underground art space run by Adalberto Delgado: The 6th Street Container.

Starting back in 2001, there was a strong, burgeoning alternative art scene in the area that Delgado was a part of. It gave birth to some startling and important local work, but eventually fizzled out as a holistic movement, though many of the artists who were part of it, including Delgado, continued to make art. The 6th Street Container began as an effort to revitalize Little Havana as a locale to foster and exhibit cutting-edge contemporary artwork.

“I wanted to exhibit work by my friends,” says Delgado, “artists who are older, but are still very contemporary in their work.”

Delgado has been making experimental video and installation pieces since 1979. They have always been on the cusp of what’s considered cutting edge in the contemporary art scene, and have garnered appreciation and praise because of this. It’s a fact Delgado is proud of. But making art is only one facet of his lifestyle; one other, of course, is being a purveyor of similar forward-thinking works.

“We have a general call to artists,” Delgado says of the venue. “I concentrate on artists living and working in the tri-county area, but am thinking about collaborating with some spaces abroad.” These include a gallery in the Delray Beach area and a similar alternative art space in Germany. Another project being considered is an artist-in-residency program, which will be a way for Delgado to aid further in the fostering of local talent he personally connects with.

More than just an alternative gallery space, the 6th Street Container helps to bolster the cultural community in Little Havana. “It’s hard to reach the Little Havana community as far as art is concerned,” explains Delgado. “Music and dance attract a little more, but since we’ve opened, the people in the neighborhood have loved coming by and seeing windows filled with art.”

Currently, the 6th Street Container is exhibiting a series of artists who were influential in defining Miami’s contemporary art scene in the 1980’s. These include Carol K. Brown, Rafael Salazar, Karen Rifas, and Robert Thiele. Curated by Lou Anne Colodny, this exhibit explores a group of artists not only influential in Miami’s artistic past, but also who continue to make relevant artwork today.