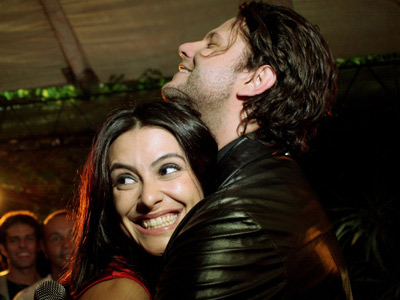 For its lucky 13th edition, the Brazilian Film Festival will spread its wings reaching not only Miami Beach, but Hollywood and Fort Lauderdale for the first time ever, attending an increasing demand for the annual opportunity to see the latest productions made in Brazil.

The additional screenings will bring excitement to the traditional event that has established itself as the largest international screening of Brazilian films outside of Brazil. This year, the public can expect to see more than 40 films in various venues throughout Miami-Dade and Broward counties. The Brazilian Film Festival of Miami/Broward is part of the Inffinito Festival Circuit, which promotes movie related events worldwide, including the cities of Canudos, Milan, Rome, Buenos Aires, Madrid, Miami, New York, Vancouver and Barcelona, London and Istanbul.

Aware of the current circumstances regarding the economy, the Brazilian Film Festival will double the amount of free passes available to the public this year, promoting great entertainment for our community. “This is the perfect time to bring more fun to our people, and we are happy to be able to help”, says Adriana Dutra, President of the Inffinito Festival Circuit.

The winners will be presented with a Crystal Lens Award with an especial ceremony on June 13th, at the Colony Theatre. The Best Picture Public Choice will also be awarded to the best feature and short films, as voted by the audience.