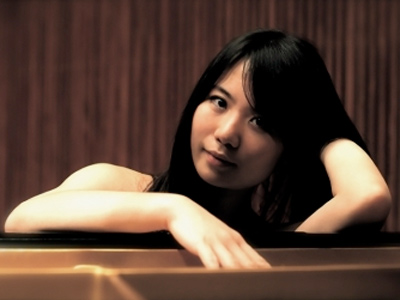 For two nights only, Miami will hear the musical sounds of ten of the most talented fingertips this side of Beijing, thanks to The Miami Symphony Orchestra (MISO).

On March 20th and 21st, MISO welcomes outstanding young artist Tian Lu, a Chinese pianist who has been gracing stages on three continents with her exceptional mastery of the piano.   Ms. Lu’s guest invitation is part of MISO’s annual New Artist Series, a program designed to showcase new and upcoming talent from all parts of the globe.

A tradition now three years strong, the New Artist Series is the culmination of MISO’s year-long search for the best and brightest in classical music – and this year’s selection is no exception.   This year’s performance also features exciting new repertoire, including the South Florida premiere of Romero’s Fuga con Pajarillo. Built on the popular Venezuelan/Columbian dance Pajarillo, Romero’s Fuga con Parajillo contrasts the impulse of dance with elements of the classical fugue, offering an exciting fusion of styles and sounds.

Ever mindful of the past even as it looks to the future of classical music, MISO’s New Artist Series also features celebrated classics, with performances of Beethoven’s Concerto No. 1 for Piano Op. 15 in C Major and Shubert’s Symphony No. 5 in B-flat Major. With outstanding new musical talent and sophisticated repertoire, the New Artist Series continues MISO’s tradition of bringing professional classical music to the South Florida cultural community.