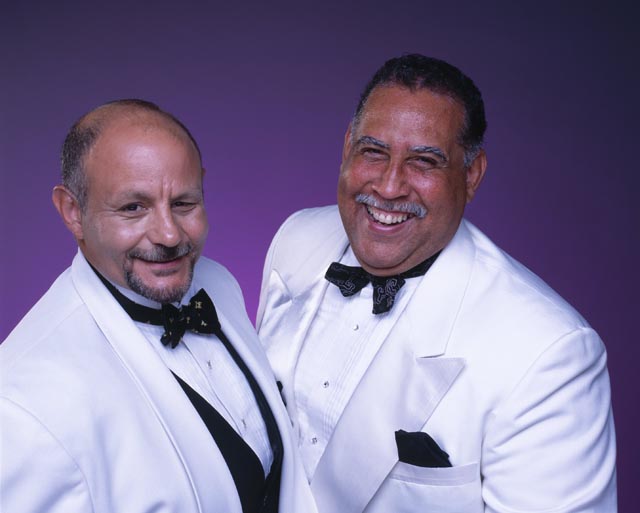 Coined the “Kings Of Harmony,” The Mills Brothers are a 20th century jazz and pop vocal quartet heralded as the most successful American singing group of all time. The scat pioneers were known for singing in heavenly unison while cutting a striking presence on the doo-wop outfits of the pre-rock and roll years.

From their early swing era roots through the rise of rock and roll, The Mills Brothers charted seventy-one singles over six decades, with more than 2,000 recordings that produced at least three dozen legitimate hits. In 1998, the group was inducted into the Vocal Group Hall of Fame and honored with a Grammy Award for Lifetime Achievement. Six full recordings by The Mills Brothers were featured on the popular video game Mafia, The City of Lost Heaven, which sold more than 2 million units in 2006.

When last original member, Donald Mills, died in 1999, his son John H. Mills III began touring under the group name along with Elmer Hopper, a 21-year veteran with The Platters. This newest generation of The Mills Brothers tour the world performing nearly 50 shows annually for a new millennium of audiences.

Accompanying The Mills Brothers at Festival Miami is the award-winning Frost Studio Jazz Band (SJB), under the direction of Frost Lecturer Stephen Guerra, Jr. “The music of the Mills Brothers is rooted in the fundamentals of swing and what works as jazz writing,” says Guerra. “Having our students learn this type of music and perform it with the artist is real world application of what we’re trying to teach them every day. It also adds one more arrow in their quiver as versatile working musicians.”

Tim Smith, a Studio Music and Jazz graduate of the Frost School, tours regularly with The Mills Brothers as bassist and bandleader. He recently returned to Frost as a graduate teaching assistant and master’s degree candidate. Smith is a prolific bassist and music producer who spent the past 35 years working with a diverse array of artists such as Sheryl Crow, Tom Jones, and Vince Gill.

“There is a great historical fascination with The Mills Brothers,” Smith explains, “and their music still receives radio airplay.” He adds that the concert provides the Frost SJB musicians “a rare opportunity to perform some of the greatest songs ever written, brought in the exact style as the original big band charts of the original Mills Brothers singers – the same charts that the Count Basie Band played at the Sands Hotel, and the Tommy Dorsey Band played at the Hollywood Bowl.”

Smith is an enthusiastic bandleader who praises the Mills Brothers live show. “I love the music, they sing great, and they’re incredible performers. Each song is somebody’s favorite song, and every show we play ends with standing ovations and encores. It’s a very entertaining night.”

Tickets start at $15. To ORDER TICKETS for their November 7 concert at Festival Miami, visit www.festivalmiami.com or call 305-284-4940.