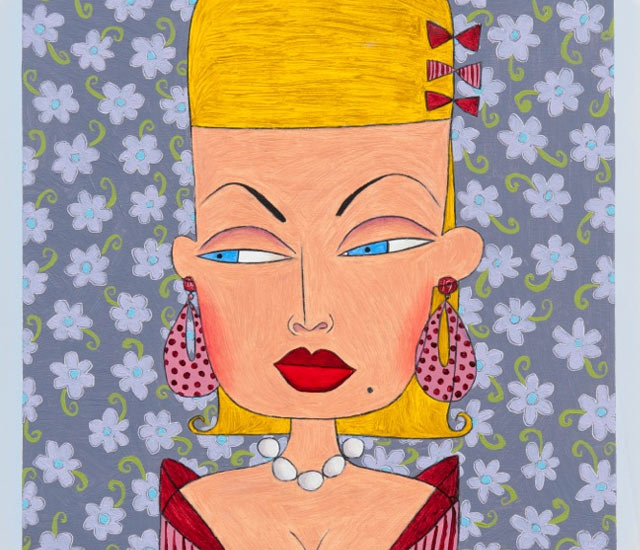 Playing on the old cliché, A Gay Man and his Mother, Manuel Pardo, an openly gay artist, was best known for his series Mother & I, dedicating his work to his hero, his mother Gladys. In 2011 Manuel Pardo’s retrospective took place at the Begovich Gallery, The Fullerton Museum at CSUF accompanied by the publication of his monograph Manuel Pardo Universo Soñado in Technicolor, coordinated by Andrea Harris; foreword by Susana Torruella Leval, Director Emeritus, El Museo del Barrio; and essays contributed by Mike McGee, Director, CSUF Begovich Gallery; and David Frankel, Editorial Director at MOMA, The Complex Solace of Manuel Pardo.

Manuel Pardo (1952-2012) was born on July 4th in Cardenas, Cuba. He first showed his work in New York’s East Village in the eighties, where he was introduced to Marcia Tucker, founder and director of the New Museum in NY when she included him in the groundbreaking exhibition, The Other Man: Alternative Representation of Masculinity. Pardo went on to exhibit internationally in solo exhibitions in New York, Paris, Mexico City, Cologne, Havana, and Milan. Exhibitions include Late 20th Still Lifes at the New Museum curated by Marcia Tucker, Le Jardin at Museo Metropolitano de Monterrey, México, and Un Cubain á Paris at Galerie Piltzer, Paris, France. Corporate commissions and events include The Motherland Series; Murals by Manuel Pardo at the British Airways terminal and JFK International airport, NY; and Hérmes & Visa for Masaryk: Arte Moda & Visa, curated by Justo Sierra, in México City, México.

Manuel Pardo died in November 2012 after a short illness while enjoying the success of his career survey show entitled Stardust at California State University, Fullerton 2011 and book entitled “Universo Sonado In Technicolor” released in 2012. An informal memorial show entitled “The Solstice Of Manuel Pardo” curated by Christine McCarthy, Executive Director of Provincetown Art Association and Museum and Gary Marotta of Gary Marotta Fine Art G-1 in Provincetown was held at The Highline Loft in New York from April 26-May 18, 2013. The artist’s obituary, written by David Frankel, Senior Editor, Publications Department, Museum Of Modern Art, New York appeared in The Huffington Post on May 16, 2013.