The first three performances of Before Night Falls were some of the most emotional, passionate, and theatrical events in the history of Florida Grand Opera. The audience leaped to their feet after both performances, in thunderous applause for what they had just seen. Many also were moved to tears since it was so dramatic and such a personal experience for them. Come see great theater and great opera–only 2 performances remain.

Click here to see The Miami Herald’s preview on the genesis of this opera.

THE STORY:
Based on the famous memoir of Cuban poet Reinaldo Arenas, Before Night Falls follows Arenas’ life from childhood poverty in the Cuban countryside to his emigration to the United States in the 1980 Mariel boatlift, and his last decade suffering from AIDS. Arenas was persecuted by the Castro regime as a dissident writer and homosexual. The opera follows his trials and tribulations as a political prisoner forced to smuggle his manuscripts abroad for publication. 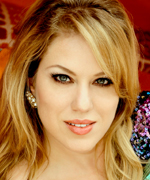 Elizabeth Calallero: Talk about being born to play a role! Before Night Falls tells the story of poet and author Reinaldo Arenas, his persecution by the Castro regime in Cuba, and his emigration to the United States. Elizabeth Caballero came to Miami as a child aboard the Mariel boatlift–the same boatlift that brought Reinaldo Arenas to America. Caballero’s operatic career has exploded! She is a regular on some of the worlds’ great opera stages, including Italy, Berlin, Brazil, and the Metropolitan Opera. The New York Times described her in La boheme as “the evening’s most show-stopping performance.” 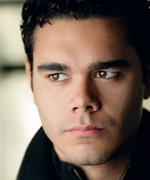 Elliot Madore: Elliot is known for his operatic good looks. He was named a “bari-hunk” which are the sexiest baritones in the world, who are featured annually in a “barihunk calendar.” But Elliott Madore has the voice to back up his good looks. He just finished performing in Roméo et Juliette at the Metropolitan Opera, and his reviews are always raves!

A love affair goes horribly wrong in a fateful meeting of East and West. Set in 1890’s Japan, Puccini’s heartbreaking story of betrayal portrays an American naval officer as he marries a young Japanese girl only to abandon her and force her to make the ultimate sacrifice. A devastating saga of devotion, tradition, and sacrifice—and one of the most beloved operas of … +

Don Giovanni is the story of the world’s greatest lover, Don Juan, a young, arrogant, and charismatic aristocrat, who will stop at nothing to fulfill his ravenous lust. But when a midnight seduction ends in murder, Don Giovanni soon finds himself pursued on all sides by those he has wronged in the past. This masterwork is a brilliant combination of an engrossing … +

Robert Xavier Rodríguez’s colorful score is a perfect match for the passionate art of the legendary painter Frida Kahlo. Although the artist was wracked by agonizing physical pain and caught up in a stormy marriage to Diego Rivera, the flame that fueled Kahlo’s art just kept burning and never turned to ash. She created fifty-five self-portraits. But no portrait of her is … +