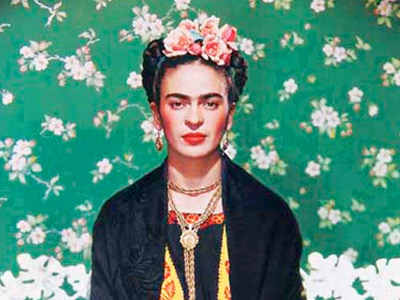 Phillips de Pury & Company presents Latin America, a theme auction offering a cross section of quality works of contemporary art, design and photographs for sale on October 3rd at the company’s Chelsea galleries in New York. Latin America will compose a survey of work by established and emerging artists which are inspired by, reflect on and embody the spirit of the region and the culture of Latin America. A new innovative catalogue in the form of an art and lifestyle magazine has been developed to accompany these sales and will include interviews with key art world figures such as artists, curators and collectors. The Latin America issue will feature editorials with Vik Muniz and Tiqui Atencio.

Photography highlights include Nickolas Muray’s arresting color photograph, Frida Kahlo on Bench, ca. 1938 estimated between $10,000- 15,000. This image has become one of the most iconic photographs of Kahlo capturing her traditional Mexican dress and unique style while further demonstrating Muray’s pioneering use of color photography. Kahlo is the subject of other works to be offered by photographers Manuel Álvarez Bravo, Lola Álvarez Bravo, Héctor Garcia and Juan Guzman. Other highlights include a broad selection of works by Latin American photographers or themed works by artists Manuel Álvarez Bravo, Edward Weston, Tina Modotti and Henri Cartier-Bresson and contemporary works by Luis González Palma, Vik Muniz, Andres Serrano, Michael Eastman and Simon Norfolk. Additionally, Robert Frank’s Peru, 1948, will be offered at an estimated $15,000 – 25,000. Contemporary Editions highlights Beatriz Milhazes’ As Irmas (The Sisters), 2003 a colorful screenprint of a whimsically hued flowering formation, estimated between $14,000 – 18,000. Other Modern and Contemporary Editions highlights include works by Jorge Pardo, Guillermo Kuitca, Felix Gonzalez-Torres, Rufino Tamayo and Roberto Matta. Asserting the continuous growth of Latin American art, Phillips de Pury & Company is proud to announce this inaugural sale, which reflects on past generations and comments on the direction of this highly influential region.

Urban Culture Auctions in association with Palm Beach Modern Auctions is pleased to represent a historically significant collection of photographs and ephemera from the archives of Bruce of Los Angeles. This compilation includes over 200 … +

Studded with top class and fresh to market works, Christie’s pulled off a stunning evening sale of Post-War and Contemporary art, tallying $449,929,500 for the 68 lots that sold. Despite a savage day on Wall … +

Mindy Solomon Gallery presents Geandy Pavón: Political Fold and José Manuel Mesías: About the Absolute Truth. The dynamic juxtaposition of these two artists together in Miami for the first time will explore the deconstruction of … +