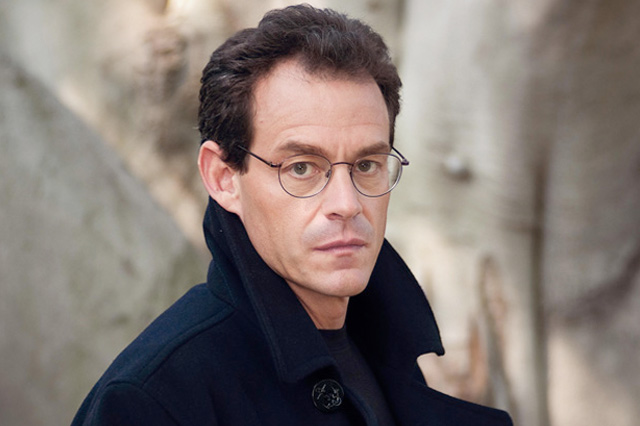 Madeline Hart is a rising star in Britain’s governing party: beautiful, intelligent, driven by an impoverished childhood to succeed. But she is also a woman with a dark secret: she is the lover of Prime Minister Jonathan Lancaster. Somehow, her kidnappers have learned of the affair, and they intend to make the British leader pay dearly for his sins. Fearful of a scandal that will destroy his career, Lancaster decides to handle the matter privately rather than involve the British police. It is a risky gambit, not only for the prime minister but also for the operative who will conduct the search. You have seven days, or the girl dies.

Enter Gabriel Allon – master assassin, art restorer and spy – who is no stranger to dangerous assignments or political intrigue. With the clock ticking, Gabriel embarks on a desperate attempt to bring Madeline home safely. His mission takes him from the criminal underworld of Marseilles to an isolated valley in the mountains of Provence to the stately if faded corridors of power in London – and, finally, to a pulse-pounding climax in Moscow, a city of violence and spies where there is a long list of men who wish Gabriel dead.

From the novel’s opening pages until the shocking ending when the true motives behind Madeline’s disappearance are revealed, The English Girl will hold readers spellbound. It is a timely reminder that, in today’s world, money often matters more than ideology. And it proves once again why Daniel Silva has been called his generation’s finest writer of suspense and foreign intrigue.

Daniel Silva is the #1 New York Times-bestselling author of The Unlikely Spy, The Mark of the Assassin, The Marching Season, The Kill Artist, The English Assassin, The Confessor, A Death in Vienna, Prince of Fire, The Messenger, The Secret Servant, Moscow Rules and The Defector. He is married to NBC News Today correspondent Jamie Gangel. In 2009 Silva was appointed to the United States Holocaust Memorial Museum Council.

Ticket Guidelines: Vouchers are available for this event at Books & Books in Coral Gables, Miami Beach and Bal Harbour Shops. You can pick them up in person, order them online, or call the any of these store locations and have one reserved for you to pick up at will call the night of the event. Your purchase of The English Girl entitles you to receive one copy of The English Girl and also serves as your entry for two people to Daniel Silva’s talk and book signing at Temple Judea.

The English Girl will be published on July 16 and you may claim your copy of the book any time after publication at a Books & Books location, or at the event on July 22. Your voucher will be stamped to reflect whether or not you have claimed your book. You must show your voucher and attached receipt to claim entrance to the event, so please remember to bring it with you that day.