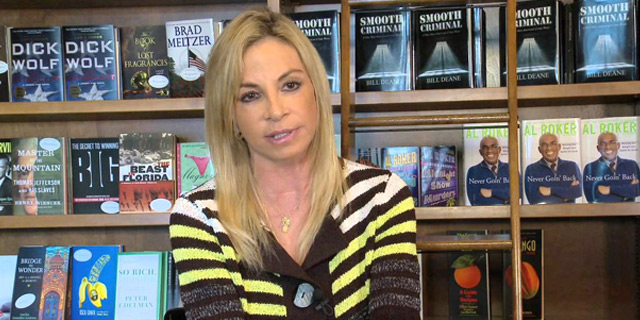 Local author Lori St John, Esq, CPA debuts her first non-fiction legal thriller, The Corruption of Innocence, A Journey for Justice. How did the wife of a prominent surgeon find herself at the death chamber battling the American justice system with the Pope and Mother Teresa in her corner?

Lori St John’s firebrand, fearless personality is behind this true story of a woman’s unwavering determination to expose the truth in a dangerous game of judicial power. In a volunteer position reviewing cases of wrongful conviction, Lori’s world is turned upside down when she is assigned the death row case of Joseph O’Dell. Joe is scheduled to die for the brutal rape and murder of a Virginia Beach secretary. But Lori’s investigation uncovers lies, the intimidation of witnesses and a trial by ambush in a system so corrupt that she begins to fear for her own life. Her story of turmoil and dangerous choices brings her face-to-face with the jailhouse snitch and Joe’s alibi witness. She is determined to find the real killer. Undeterred by the government, Lori brings the world to stand witness to the injustice she has unearthed, and drives her mission to become a cause célèbre when she recruits the Italian and European Parliaments, Pope John Paul II and Mother Teresa, who champion her cause to prevent an egregious miscarriage of justice. St John offers you a rare chance to see the criminal justice system behind closed doors and learn the untold backstory of a real murder conviction.

Lori St John is an attorney, CPA and founder and director of the Innocence Project at the Rutgers School of Law, Newark, N.J. Currently, she is the Chief Compliance Officer for the City of Coral Gables. She has appeared on numerous national and international networks, and is a global speaker whose mission is detailed in her website. An expert in her field, she represented the United States at the 50th Anniversary of the Declaration of Human Rights, where she convened the internationally held conference in Florence, Italy.

RSVP to marketing@booksandbooks.com to join her personally at her Miami Book Launch Party from 7:00 to 8:00 p.m. at the Books and Books, Coral Gables location, and stay for the 8:00 p.m. book discussion and signing. Learn about her remarkably true and compelling story of how one woman’s determination made a difference in the world. Let her inspire you to do the same.