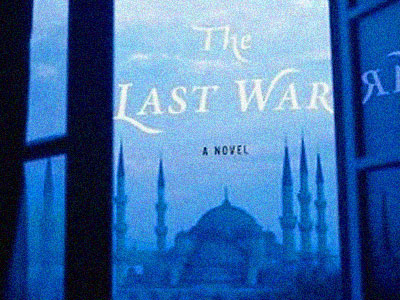 Author Ana Menéndez will be reading and signing her most recent novel, The Last Warm, published by HarperCollins on June 11th, 2009 at 8:00 p.m. at Books and Books Coral Gables.

Flash, a photojournalist, chases conflicts around the globe with her war correspondent husband, Brando. Now Brando is in Iraq, awaiting her arrival. Yet instead of racing to join him, Flash idles in Istanbul, vaguely aware that her marriage is faltering.

Losing herself in a fog of memory and recrimination, Flash ponders her life with the ambitious and handsome husband she calls “Wonderboy.” Her malaise is compounded by the arrival of a mysterious letter informing her that Brando has been unfaithful to her in Baghdad. Devastated and unwilling to confront him over the phone, Flash spirals deeper into regret, anger, and indecision. Were she and Brando ever happy?

Wandering the strange, shimmering streets of Istanbul, Flash is followed by a woman in a black abaya—Alexandra, a fierce and captivating colleague who shared dangerous days with the couple in Afghanistan. Their meeting rekindles long-buried secrets and forces Flash to face hard truths about her marriage, her husband, and herself. The Last War is a haunting and intense novel that reveals the personal costs of combat journalism while probing crucial questions of cruelty and violence, love and identity.

Ana Menéndez, the daughter of Cuban exiles, was born in Los Angeles. She is the author of two books of fiction, the novel Loving Che and the short story collection In Cuba I was a German Shepherd, which was a 2001 New York Times Notable book of the year and the title story of which won a Pushcart Prize.

Since 1991, Menéndez has worked as a journalist in the United States and abroad, including the last three years as a prize-winning columnist for The Miami Herald. As a reporter, she has written about Cuba, Kashmir, Afghanistan, and India, where she was based for three years. Her work has appeared in a variety of publications, including The New Republic, The New York Times, and Gourmet magazine, and has been included in several anthologies, including, Cubanisimo!, edited by Cristina García, and American Food Writing, a Library of America anthology edited by Molly O’Neill.

Menéndez has a BA in English from Florida International University and an MFA from New York University. She is currently teaching at The American University in Cairo, Egypt, as a 2008–09 Fulbright Scholar.