Nu Deco launches the fifth season at its new resident venue The Citadel. The program on the season opener includes Darcy James Argue’s The Neighborhood, Banner from composer Jessie Montgomery, and a symphonic journey with the Prince of Motown Marvin Gaye. The performance will include a very special collaboration with Grammy Award-winning multi-platinum Haitian artist Wyclef Jean. 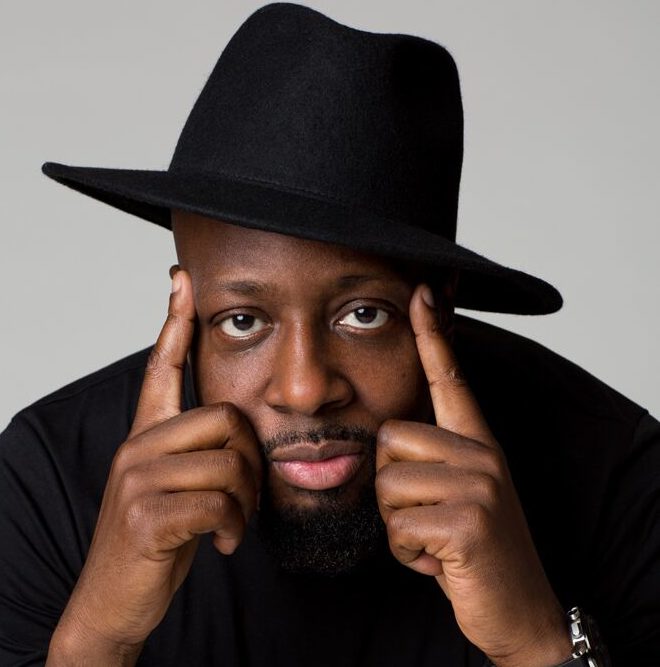 The music that Wyclef Jean has written, performed, and produced — both as a solo superstar and as founder and guiding member of the Fugees — has been a consistently powerful, pop cultural force for over two decades. In 1996, the Fugees released their monumental album The Score, which inspired notoriously prickly rock critic Robert Christgau to write: “so beautiful and funny, its courage could make you weep.” The album, created in Wyclef’s studio in his uncle’s basement in New Jersey, hit No. 1 on the Billboard chart, spawned a trio of smash singles (including their indelible reinvention of Roberta Flack’s 1973 ballad “Killing Me Softly”), and is now certified six times platinum. But Wyclef, a child prodigy with a wealth of musical influences from jazz to classic rock to reggae, resisted the pressure to duplicate the sound and style of that masterwork. Instead, he launched himself as a producer and solo artist whose work drew from an innovative and eclectic palette that included elements of pop, country, folk, disco, Latin, and electronic music.