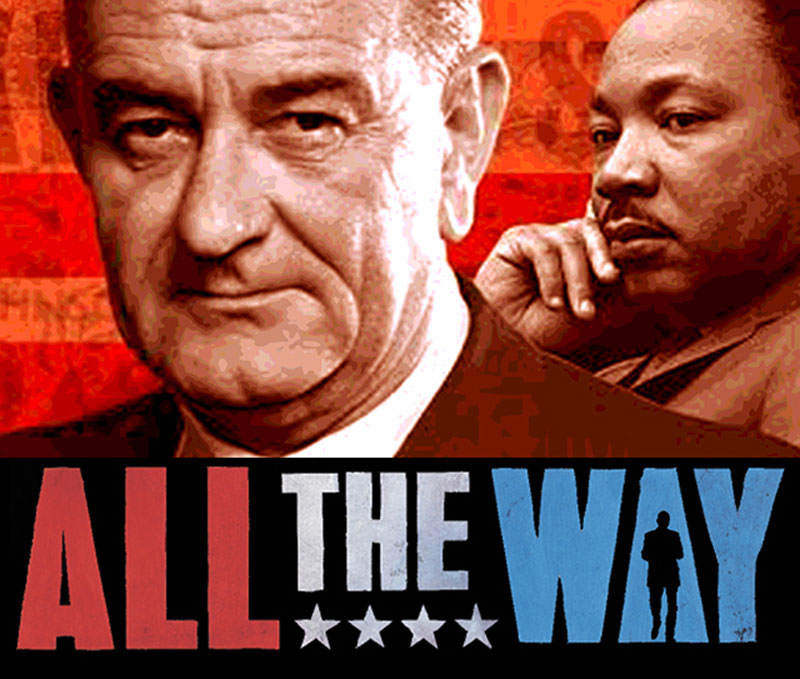 “ASTONISHING. ONE OF THE HIGHLIGHTS OF THE SEASON.” – The Associated Press

Political intrigue takes center stage at Actors’ Playhouse in the Tony Award-winning drama All The Way by Pulitzer Prize-winning playwright Robert Schenkkan. This riveting behind-the-scenes look at President Lyndon B. Johnson’s (LBJ) tumultuous first year in office in the wake of President Kennedy’s assassination has earned accolades from audiences and critics alike, from its start at Oregon Shakespeare Festival to its powerful Broadway run and most recent HBO Films adaptation starring four-time Emmy® winner Bryan Cranston.

One man. One year. One chance to change America. 1964 was a pivotal year in American history and Lyndon Baines Johnson sat at the center of it all. A master politician with towering ambition and ruthless tactics, the conflicted Texan will do whatever it takes to get the Civil Rights bill passed and secure his re-election. Meanwhile, in faraway Vietnam, a troublesome conflict looms. The winner of the 2014 Tony Award for Best Play, this gripping drama captures the critical moment that marked the end of an era and the shift to the political climate of today.

Go all the way with LBJ, Martin Luther King, Jr., J. Edgar Hoover, Hubert Humphrey and more in this action-packed, electrifying portrayal of one of the most tumultuous times in our country’s history.