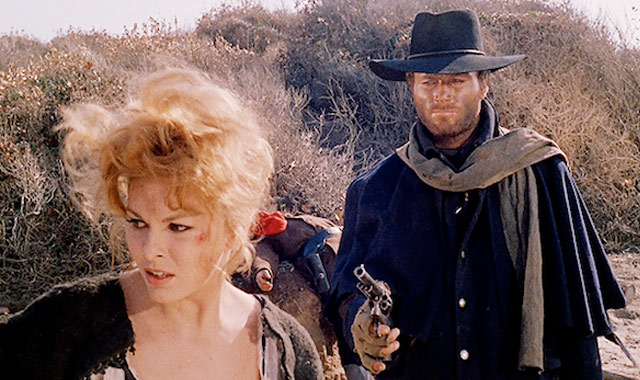 The inspiration for many of Quentin Tarantino’s signature film bits (Reservoir Dogs’ infamous ear-cutting scene was a direct reference), and now homaged in his upcoming Django Unchained (opening nationwide Christmas Day), it’s time to revisit the original 1966 Spaghetti Western blockbuster that spawned over 30 sequels and cemented the genre as an international phenomenon.

“Corbucci’s style is a mix of social realism, highly decorative visuals, and finely mounted action sequences. For the rest, there are enough mud-wrestling prostitutes, whippings, ear-loppings, explosions and scenes of wholesale slaughter to keep any muchacho happy. Funny, visceral, bloody, no-nonsense entertainment with a touch of class.” – Time Out (London)