Classical guitarist David Russell is world renowned for his superb musicianship and inspired artistry, having earned the highest praise from audiences and critics alike. In recognition of his great talent and his international career, he was named a Fellow of The Royal Academy of Music in London in 1997.

During his studies at the Royal Academy, David Russell won twice the Julian Bream Guitar Prize. Later he won numerous international competitions, including the Andrés Segovia Competition , the José Ramírez Competition and Spain’s prestigious Francisco Tárrega Competition. His love of his craft resonates through his flawless and seemingly effortless performance. The attention to detail and provocative lyrical phrasing suggest an innate understanding of what each individual composer was working to achieve, bringing to each piece a sense of adventure. 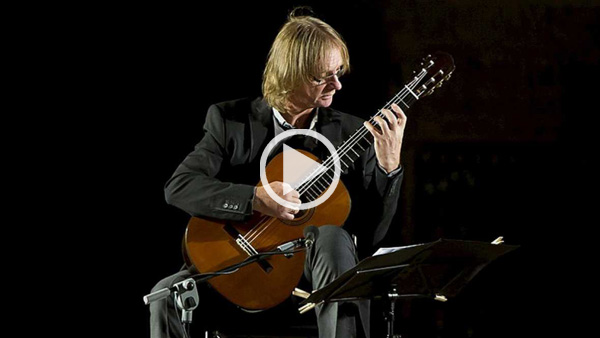 The New York Times wrote about his performance: “… Mr. Russell made his mastery evident without ever deviating from an approach that places musical values above mere display. It was apparent to the audience throughout the recital that Mr. Russell possesses a talent of extraordinary dimension.” Upon hearing play in London, Andrés Segovia wrote: “My congratulations on your musicality and guitaristic technique.”

GRAMMY award winner in 2005 for his CD AIRE LATINO, in the category of best instrumental soloist in classical music.
Honorary Doctorate in Music by the University of Arizona in Tucson in 2014.

“America’s funniest science writer” (Washington Post) asks the questions children ask in this young readers adaptation of her best-selling Packing for Mars. What is it like to float weightlessly in the air? What happens if you vomit in your helmet during a spacewalk? How do astronauts go to the bathroom? Is it true that they don’t shower? Can farts really be deadly … +