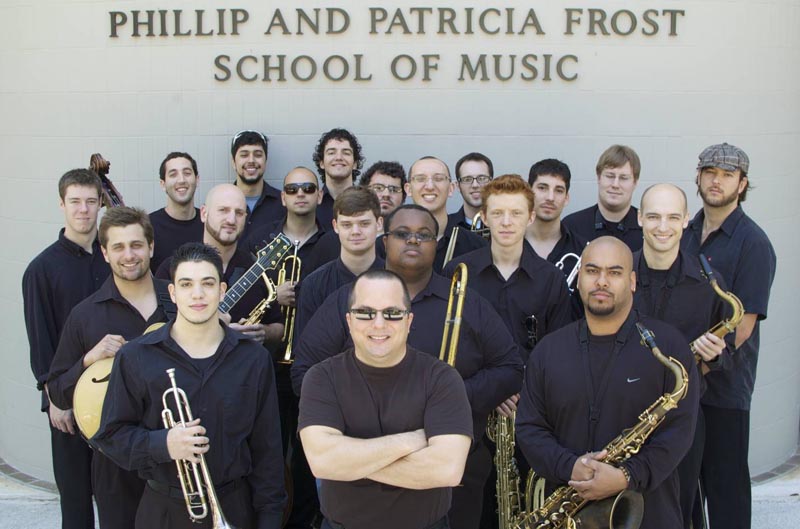 Whiplash–Music Learning & Teaching Film Series. A promising young drummer enrolls at a cut-throat music conservatory where his dreams of greatness are mentored by an instructor who will stop at nothing to realize a student’s potential. Each screening is followed by a panel discussion and audience participation at Weeks Center for Recording and Performance.
Mar 2, 2016, 7 PM
Clarke Recital Hall
Free

ARCANUM Baroque Ensemble performs Born in the 80s, a concert celebrating the music of composers who came into the world during the decade of the 1680s. It was a very fertile period, welcoming the births of important musical figures like J.S. Bach, Handel, Telemann, Rameau and Domenico Scarlatti.

Led by ARCANUM artistic directors Tony Boutté and Colin St. Martin, this concert will be performed by period instrument specialists from around the country.
Mar 14, 2016, 8 PM
UM Gusman Concert Hall

The Frost Studio Jazz Band (SJB), under the direction of Steve Guerra performs classic and modern arrangements of music from the standard jazz repertoire that were often first discovered as the “B” sides of records in their day. Arrangements of tunes such as All of Me; Take the A Train; and Sing, Sing, Sing among others.
Mar 15, 2016, 8 PM
UM Gusman Concert Hall

Thomas Sleeper conducts the Frost Symphony Orchestra in Brahms’ Tragic Overture and Mussorgsky/Ravel edition of Pictures at an Exhibition, then invites violin faculty master artist Charles Castleman to the stage for Tchaikovsky’s Violin Concerto, one of the most virtuosic and lyrical works for the instrument.
Mar 19, 2016, 8 PM
UM Gusman Concert Hall

The Stamps Jazz Quintet and the Frost Jazz Sextet. Two fine ensembles from the Department of Studio Music and Jazz share the stage for a night of incredible music that showcases the future of jazz.
Mar 22, 2016, 8 PM
UM Gusman Concert Hall
Free