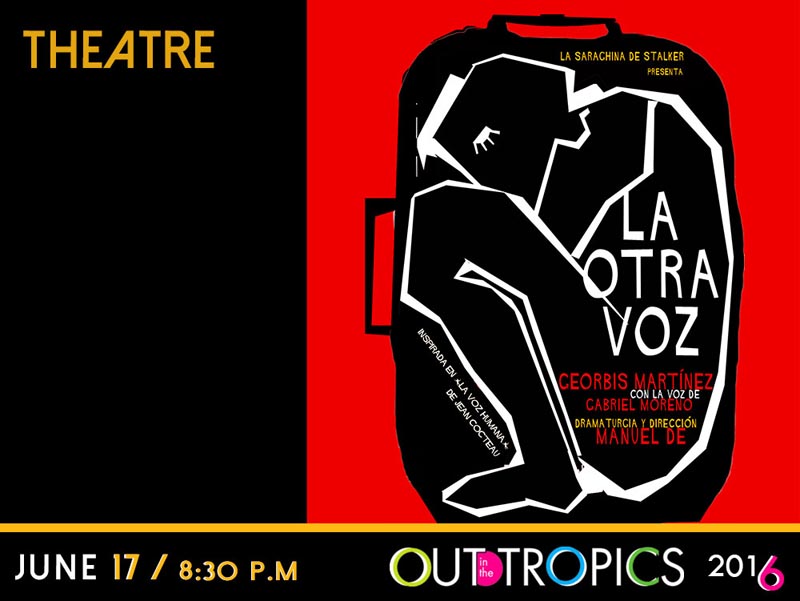 Now in its seventh edition FUNDarte’s Out in the Tropics performance series will feature artists who address gender, sexuality and issues of interest to the art community and their allies.

La otra voz is a work about the homo-erotic love affair of two men, written and directed by Spanish playwright Manuel De. Based on the acclaimed monodrama La Voix Humaine by Jean Cocteau, which explores ideas, feelings, and the “algebra” of human needs and realities in communication, this new work by La Saraghina de Stalker of Spain, has garnered considerable acclaim from audiences and critics alike, most recently at the International Theater Festival in Havana.