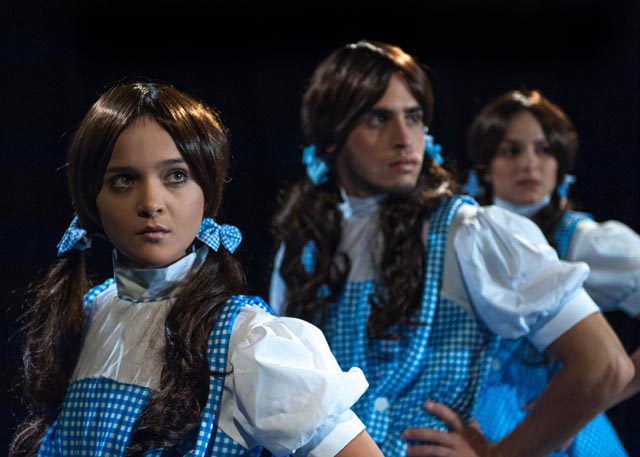 About Carlos Díaz
Born in Havana, Cuba, (1955) and a graduate of the Facultad de Artes Escénicas del Instituto Superior de Arte, Díaz has become one of the most celebrated names in Cuban theater. His theater, a mis of contemporary discourses and languages within a multidisciplinary dimension, has incorporated not only actors, dramaturges and designers, but also musicians, visual artists, choreographers and dancers. Current artistic and general director of Teatro el Publico, he has participated in projects such as Teatro Irrumpe, Ballet Teatro de La Habana, as well as collaborating with DanzAbierta, Danza Contemporánea de Cuba, and several film projects. Díaz was recently awarded the National Prize for Theater by the Republic of Cuba.

Rogelio Orizondo
Orizondo’s work has been translated to German and has been read in Germany and New York. He was a graduate of the Advanced Screenwriter’s Workshop at the International of Film and TV at San Antonio de los Baños in 2010. In 2011, he won a fellowship from the Goethe Institute, the Schauspiel award from Stuttgart, and the Maximo Gorki Theater. His writings have premiered in Cuba in the hands of directors such as Carlos Díaz and Juan Carlos Cremata. As a director, he has premiered the works “Porque los no nacidos también son personas/Why the unborn are also people” (Based on “The Name” by Jon Fosse) which was performed at the Bergen International Festival in 2012, and “Perros que jamás ladraron/Dogs that never barked” which received the 2012 Aire Frío award for best art direction.

This event is part of the global performing arts series NO BORDERS presented by FUNDarte Inc. in collaboration with MDCA. This series focuses on innovative contemporary works from Spain, Latin America, the Caribbean, and Spain, celebrating Miami’s diverse multiethnic culture. Also as part of CUBAAHORA: the next generation in collaboration with Centro Cultural Español en Miami and the embassies of Spain in Havana and Washington.