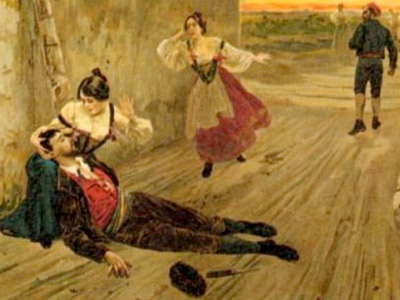 Following a successful 2009 season that included I Puritani, Elisir D’Amore, Cavalleria, Suor Angelica, Marina and La Traviata at Open Space, this emerging opera company will open the season on April 22nd and 24th 2010 with the celebrated Donizetti comic opera, Don Pasquale and continue with Opera Highlights performances on May 3rd and 6th based on three different operas of the Italian repertoire.

Puccini’s La Boheme will be performed on July 13th and 15th wit a complete new production. Following will be presented for the first time by the company, the beautiful Mascagni’s opera L’Amico Fritz, based on a lovely story in a Jewish community in Alsace. Closing the season will be a new production of Verdi’s La Traviata. All performances are held at the Colony Theater on Miami Beach and begin at 8:00pm.

Pablo Hernandez will prepare the MLO Chorus. The Orchestra will be directed by Guest and resident conductors including Doris Lang-Kosloff, Beverly Coulter and Jeff Eckstein. General and Artistic Director is Raffaele Cardone.

Raffaele Cardone who is the founder of MLO, states that one of the company’s objectives is to present operatic events to the public of Miami-Dade at accessible prices which can only be obtained with the aid and support of the Miami’s opera lovers and the public in general. The permanent campaign “We need your Help” requires the support of all those who can help with individual donations as well as involvement by corporations and institutions that are interested in the arts in the South of Florida.

This season, Children’s Performance will feature a 60-minute abridged version of Rossini’s The Barber of Seville performed by Palm Beach Opera’s Benenson Young Artists and Apprentice Artists. Sung in Italian with English narration and supertitles projected above … +

An elegant and entertaining VIP experience!Join us for an exclusive VIP experience with a pre-performance dinner, drinks, and a unique introduction to the show by General Director Daniel Biaggi. Catered by The Breakers. Dinner begins … +

Don Giovanni is the story of the world’s greatest lover, Don Juan, a young, arrogant, and charismatic aristocrat, who will stop at nothing to fulfill his ravenous lust. But when a midnight seduction ends in … +