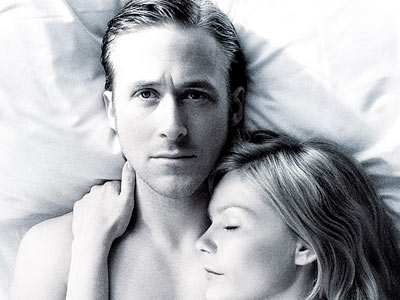 Inspired by the most notorious missing person’s case in New York history, “All Good Things” tells the story of a real estate family dynasty in the 1980s and the dark tale of the oldest son. The film was inspired by the true story of Robert Durst (Ryan Gosling), scion of the wealthy Durst family, who was suspected but never tried for killing his wife Kathie (Kirsten Dunst). She disappeared in 1982 and was never found.

Too much money, too much privilege, and a personality gone off the rails are the essential elements that Jarecki mixes together to create this disturbing film. Hollywood Reporter calls All Good Thin gs “an unsettling psychological drama centered on three riveting performances” while Peter Travers of Rolling Stone calls Jarecki “a master of the telling detail.”Please see more information on All Good Things below my signature.

The film stars Ryan Gosling and Kirsten Dunst as the young Marks couple and Frank Langella as Sanford Marks, the powerful patriarch of the family. It was directed and co-produced by Andrew Jarecki together with Michael London and Bruna Papandrea. The original script was developed by Jarecki, Smerling, and Marcus Hinchey and co-written by Hinchey and Smerling.